When Toronto-based software solutions company CONTAX Inc. decided to expand to Europe to support its global customer base, the company chose Utrecht, the Netherlands for its European headquarters, establishing CONTAX Nederland B.V. in 2015. 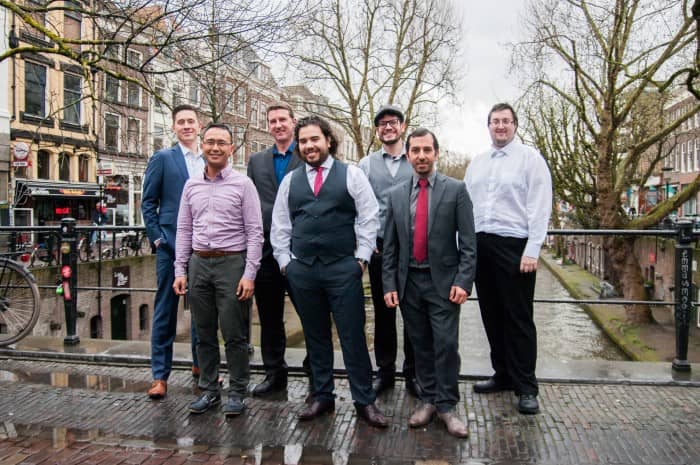 The company began its site search in late 2014 and, after scouting locations across Europe, including the UK, Spain, France and Denmark, chose the Netherlands for its first European operations.

According to CONTAX President Michael Pearson, a number of factors supported this decision, including the Netherlands’ central location, multilingual workforce and favorable tax climate.

“We liked the Netherlands because of its central location on the continent, which provides access to markets throughout Western Europe,” said Pearson. “Language was also a factor—the fact that the Dutch population has a good grasp of the English language was an advantage, as was the availability of skilled labor. We planned to hire locally, so the good universities and well-educated labor force were certainly a draw.”

“We also looked at regulations, taxation and other factors relevant to operating a business,” Pearson continued. “We found the Netherlands to be one of the best in all of those categories.”

CONTAX chose to locate in Utrecht specifically for its cultural amenities, excellent transportation system and the access to talent afforded by the presence of world-class universities in the region.

“It’s easily accessible,” said Pearson. “It’s a little less busy than Amsterdam, but public transportation is great, so we still benefit from being close to a major world hub.”

“The presence of universities was also a big factor for us,” Pearson continued. “And, of course, it’s a really beautiful area; there’s a lot of history and culture.”

Throughout the international expansion process, CONTAX worked with the Netherlands Foreign Investment Agency (NFIA) to navigate the ins and outs of rolling out operations in the Netherlands.

“We really were pleasantly surprised at how simple it was to set up a business in the Netherlands,” said Pearson. “The NFIA made it really easy for us. Any question we had—from how to acquire visas, to details of taxation and other operational issues—they had an answer for us. As a result, everything went according to plan and we’re right on schedule with our timeline. Many thanks to NFIA for helping us get there.”

In the next year, the company plans to double its staff in Utrecht and to grow its European customer base.

"The NFIA made it really easy for us. Any question we had—from how to acquire visas, to details of taxation and other operational issues—they had an answer for us. As a result, everything went according to plan and we’re right on schedule with our timeline. Many thanks to NFIA for helping us get there." Michael Pearson President, CONTAX
Share