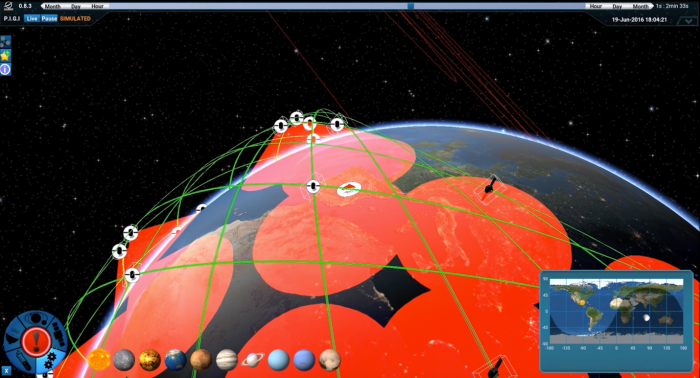 Australian space startup, Fleet, today announced that it’s expanding operations to Europe by establishing an office in Dutch space hub, Delft. The move comes as Fleet readies to launch the first of its 100 strong nanosatellite constellation in early 2018. Fleet is building a nanosatellite network to deliver connectivity for the internet of things for free. In addition to giving the business a greater global stronghold, a European presence will enable Fleet to be closer to its European customers and several influential space institutions; such as the NSO (Netherlands Space Office), the TU Delft RoboValley initiative, InnovationQuarter, and the European Space Agency.

The next step for Fleet

Labelled as “an important next step” by Fleet’s CEO and co-founder Flavia Tata Nardini, she also said, “We already have pilot projects in place in Europe, and are committed to helping businesses across the world, including those in Europe, capitalise on the new space era of today. While headquartered in Australia, Fleet is a truly global organisation, and we feel that for our business to have the greatest impact, an office in Delft, in addition to Adelaide and Los Angeles, is required. This move will ensure our technology and team can touch all corners of the globe.”

Once launched, the shoebox-sized-satellites will enable businesses and communities from across the globe to increase efficiencies and use of data, opening the door to a new industrial revolution. Unlike most other current satellite systems, Fleet is focused on connecting devices, not people and telecommunications.

Fleet’s European headquarters will be led by experienced space business developer and technical startup specialist, Berry Sanders. “Fleet is one of the most exciting, fast paced, and big thinking space startups to launch in the last few years. They’re capitalising on a new era in space technology — one that will fuel the world’s biggest economic drivers tomorrow,” said Sanders.

Discussing why Delft was selected as the home of Fleet’s European operations, former European Space Agency engineer Tata Nardini said, “Delft has a rich history of space entrepreneurship with the TU Delft RoboValley initiative, InnovationQuarter, and the YES!Delft incubator all pushing innovative space projects forward. We want to be a part of this forward-thinking community and are looking to getting involved in the incredible work being done there.”

Groningen @AirportEelde is partnering with @newenergyco to become the first #hydrogen valley airport in Europe. By producing hydrogen on site and using it as a fuel source, the airport will move closer toward its #sustainability ambitions. #HollandHasIt https://t.co/36f6ZpN0ng