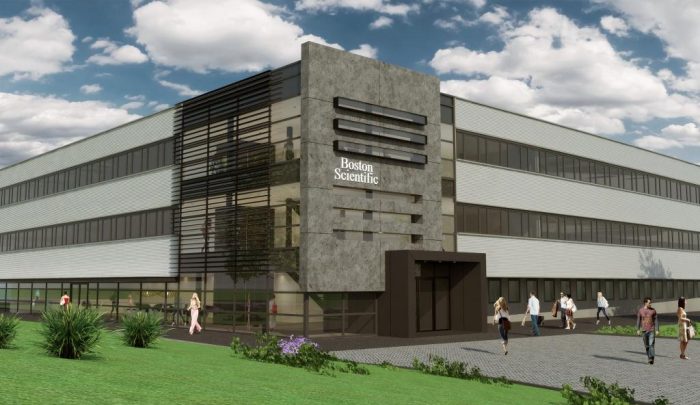 Boston Scientific, a worldwide manufacturer and distributor of medical devices, opened its renovated operational facility in Kerkrade, the Netherlands. As the Mass.-based company’s European hub, the facility fills more than 4,000 orders per day, distributing to hospitals continent-wide.

Boston Scientific’s European facility is the largest employer in Kerkrade, located in the Province of Limburg. Its new operations feature the use of innovative technology such as a custom-made packaging system that minimizes waste. The facility also has a robotic storage system that minimizes handling time per package.

“This investment by Boston Scientific is a great asset for the region, which is very strong as an international hub for logistics and medtech. As the province, we therefore work hard on strengthening the economic structure of this industry. We do this, among others, within the beyond partnership, where industry, government and education collaborate to further strengthen South-Limburg as a medical device region by educating qualified personnel,” said Twan Beurskens, deputy of Economy and Knowledge Infrastructure of the province of Limburg.

The multinational established in Kerkrade in 2004. Kerkrade Mayor Jos Som added: “This European Centre of Operations highlights the involvement of Boston Scientific in the development of the region. We are delighted that companies such as Boston Scientific are located here and continue to contribute to the strengthening of the medical-logistics sector in this region.”