The Dutch Know How to Throw a Party

Holland is preparing this week for its most widely celebrated holiday of the year – King’s Day. Every year on April 27, Dutch observe the national bank holiday that celebrates the birthday of King Willem Alexander. 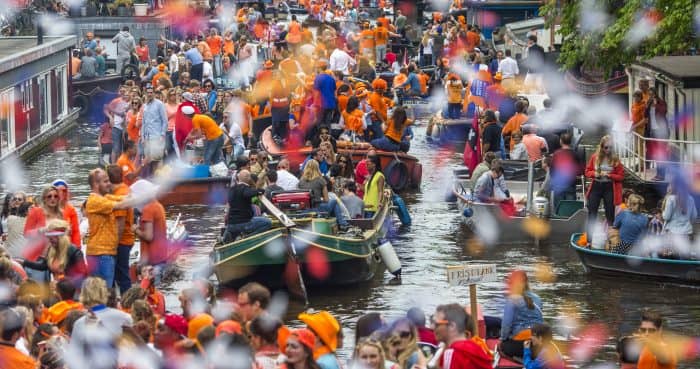 How it all started

The King’s Day tradition dates back to 1885 when celebrations were started on August 31 as Prinsessedag (Princess’s Day), for the fifth birthday of Princess Wilhelmina, heir to the Dutch throne. Once she ascended to Queen, the holiday was renamed Koninginnedag (Queen’s Day). In 1949, the holiday moved to April 30 to mark the birthday of the country’s former Queen Juliana. Her daughter, Princess Beatrix, continued the tradition without moving the holiday’s date. Only in 2013, did the date change for the coronation of King Willem Alexander, who was born on April 27, and renamed to Koningsdag (King’s Day). While the name of the holiday has slightly changed, the festive spirit remains.

Have you ever wondered why the Dutch wear orange, especially during large sporting events? It comes from the Huis of Oranje, which is derived from the Dutch Royal family’s name Van Oranje Nassau. Oranje literally means ‘orange’ and was thus adopted as Holland’s national color. King’s Day isn’t complete without a special party outfit: most people wear orange clothes, hats, clogs and more. Even the water in fountains is tinted orange. 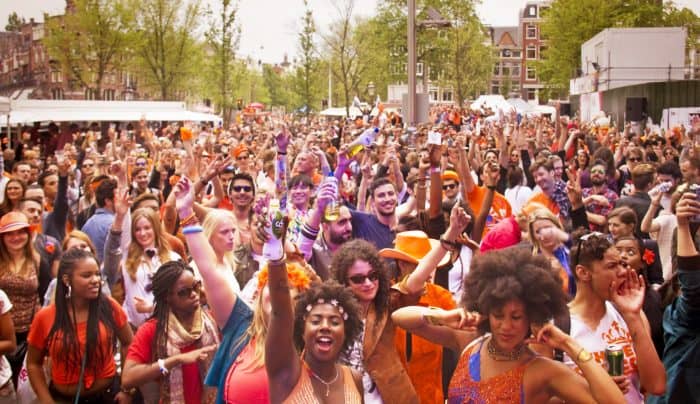 Every year another city

Of course, the King himself can’t miss his own party. Each year, he visits a different city and brings his whole family, a tradition that was initiated in 1980 by his mother, Princess Beatrix. What makes it so special is that the Royal family celebrates amongst citizens. You will find them walking the streets, taking part in games and enjoying the outdoor festivities. 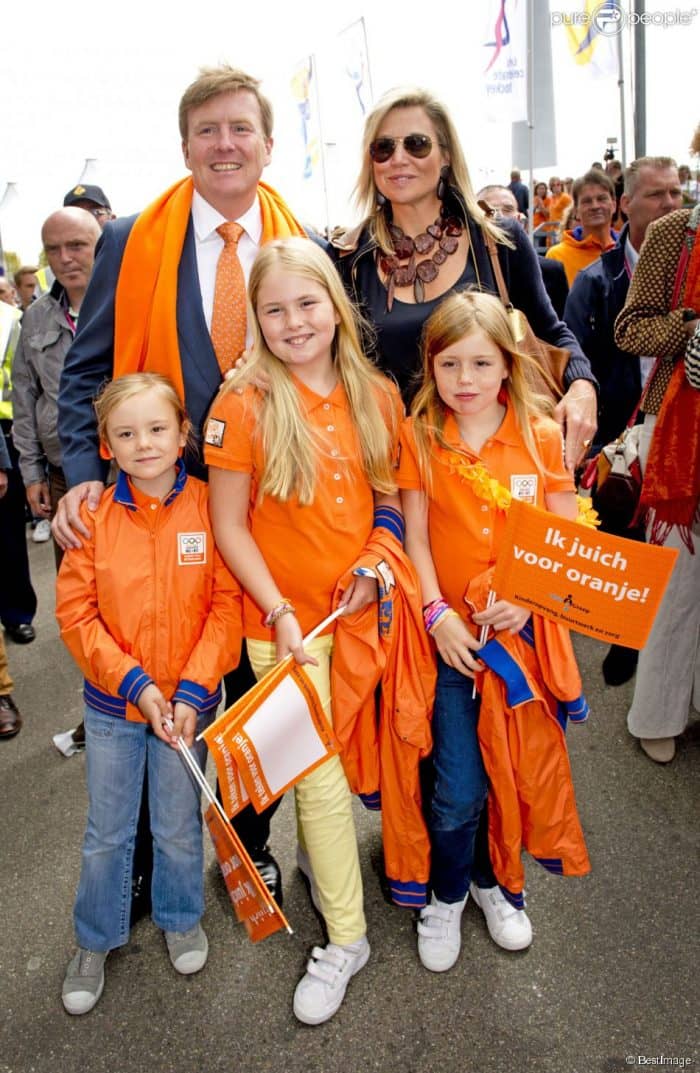 Buying gifts at the party is never difficult. In every Dutch town or village, you will find a flea market where people sell their second-hand items or organize street games where you can win a prize. This is also very popular amongst children who attempt to make some cash by selling their own toys or giving a musical performance. The nation’s biggest flea market during King’s Day can be found in Utrecht. 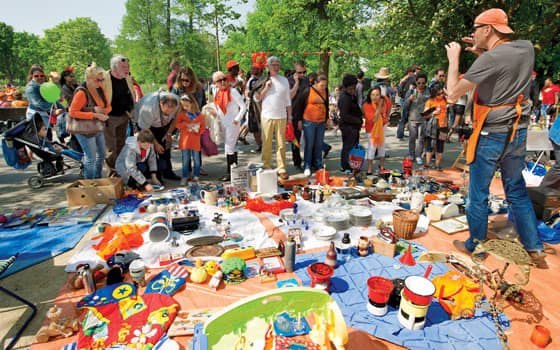 A party isn’t complete without music. The largest outdoor concert is on Museumplein in Amsterdam. As many as 800,000 people gather together to enjoy live music by famous Dutch acts and DJs.  Armin van Buuren, one of the world’s most famous DJs, mixes up the music on his decks during a live set annually in his hometown of Leiden during King’s Day. 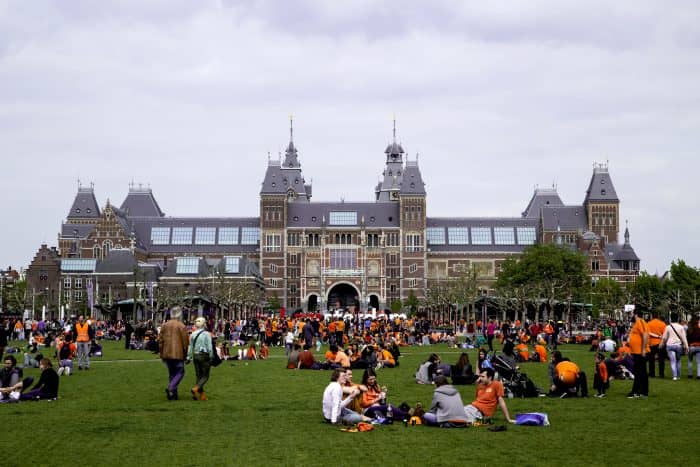 You can never start the party early enough. On the night before King’s Day, the Dutch celebrate Koningnach (the King’s night).  Since everyone has work off the following day, nobody is bothered by a gruesome alarm the next morning. Koningnach is especially popular in The Hague – outdoor concerts throughout the city center draw tens of thousands of visitors every year.  Usually spelled with a “t” at the end of the word, it’s left out because nacht is pronounced as nach in The Hague. 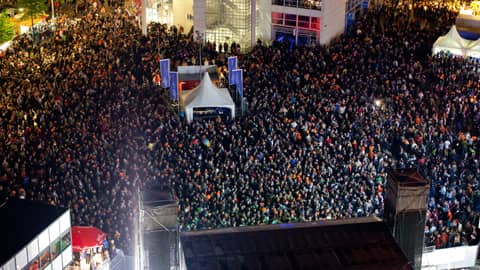 King’s Day in other countries

King’s Day is not only celebrated in Holland. Aruba, Curacao, and Sint Maarten, constituent countries of the Kingdom of the Netherlands, also celebrate this national day. Even in other cities around the world, often because of a large Dutch population, this national holiday is celebrated. Embassies and consulates abroad usually make an effort, as do Dutch bars abroad.

Put on your orange shoes and join the Orange madness this King’s Day.

“Rotterdam is one of the leading cities in the world in terms of making the future climate proof.” The Netherlands’ new longest #greenroof in Rotterdam is designed to add #biodiversity and make the city more #climateresilient. 🌿 #InvestinHolland https://t.co/lQFOO7vW1U