As a country roughly the size of the State of Maryland, the Netherlands still stacks up as top-tier competition to larger sized players – namely the United States and bigger European countries – in a wide variety of industries. The Netherlands, for example, excels in the life sciences and health industry: a sector that focuses on the evolving fields of biotechnology, pharmaceuticals, health, biomedical and life systems technologies, cosmeceuticals and more.

Here are the three top reasons why the Netherlands continues to stay on the cutting edge of this important and thriving industry.

One of the Most Concentrated Life Sciences Clusters in the World

One great example of an international company taking advantage of the Netherlands’ life science cluster is Abbott Laboratories: a global healthcare company that has had a presence in the Netherlands for more than half a century. Abbott is well-known for its broad range of pharmaceutical products, such as brand name dietary supplement Ensure. Its Zwolle branch houses its finance, planning and customer service operations, while its Breda location serves as the logistical heart of Abbott’s worldwide operations. Continuing to grow, today Abbott employs 2,500 people across the Netherlands.

Ranked No. 4 worldwide for medical technology patent applications and No. 9 worldwide for biotechnology patent applications, Holland is leading the efforts in life sciences research and innovation. In fact, some €2 billion is invested in R&D every year in the Netherlands. For example, Holland’s Leiden Bio Science Park ranks among the top five most successful science parks in Europe. Committed to the biomedical life sciences, the park features 93 dedicated medical life sciences companies and institutions, as well as internationally acclaimed research institutes and the largest number of bioscience start-ups in Holland.

In early 2016, the park opened the Biotech Training Facility, a new production center designed specifically to address the need of advancement in pharmaceutical training. This May, the facility entered a partnership with Dutch organizational specialist Avans+ to design lab technology courses for Biotech’s state-of-the-art amenities. This new portfolio of educational training, along with the immediate knowledge of next-door industry leaders, will further contribute to the output of innovation and patents produced in the Netherlands.

Collaboration is in Dutch DNA 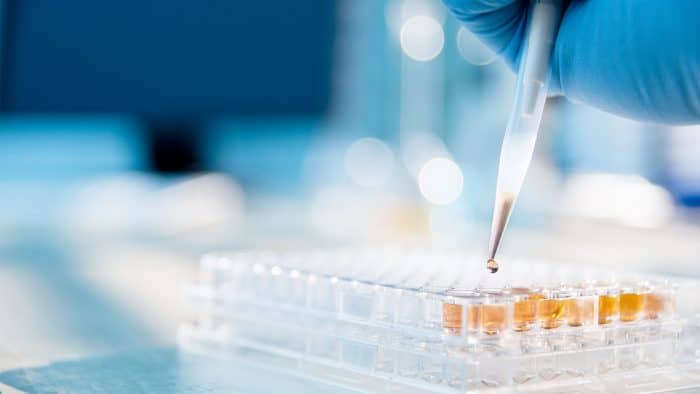 Similar to the collaborations being performed at Leiden Bio Science Park, it’s not uncommon for Dutch leaders in science, industry and government to work together either. For instance, early this year the Chemelot Institute for Science & Technology (InSciTe), a public-private institute for biomedical materials based in the Netherlands, received a €2.6 million European subsidy for inter-regional collaboration. Working together with Green Chemistry Campus in the city of Bergen op Zoom, the subsidy allows for further development and demonstration of new technologies for the production of bio-based building blocks and the construction of a pilot plant.

In an example of another recent collaboration, the Center for Translational Molecular Medicine and Top Institute Pharma, the two largest public-private institutes in Holland’s life sciences and health sector, came together in 2016 to form Lygature: an independent third party to help preserve Dutch R&D expertise and to support new initiatives, including any arising from the Netherlands government, to drive the development of new medical solutions for patients.

The Netherlands Foreign Investment Agency (NFIA) will attend the 2016 BIO International Convention, the world’s largest gathering of the biotechnology industry, on June 6-9 in San Francisco, CA. The Health~Holland Pavilion is Booth #5250. For more information on the NFIA at BIO International 2016, please visit https://investinholland.com/event/2016-bio-international-convention/.

Since 1994, #medtech leader @SiemensHealth has pushed the needle on R&D collaboration in the Dutch #lifesciences ecosystem. Why? The Netherlands offers the best climate for #innovative research and exceptional standards of care. 🔬 #InvestinHolland https://t.co/wDXpdhtRtj