Power to the Pieper!

If one vegetable can be said to symbolize the Netherlands, then it must be the humble potato, or ‘pieper’, as the Dutch fondly refer to them. I say ‘humble’, however, I should really say the ‘powerhouse potato’ as this unassuming tuber has been perfected, bred, refined, developed, processed and exported from the Netherlands to almost every part of the globe. It has become a super-food with the potential to provide nutrition for an ever-growing global population. It’s only once you start delving deeper, into the various facets of potato production, that one realizes that this is a complex industry with a global impact, and the Dutch are at the leading edge. 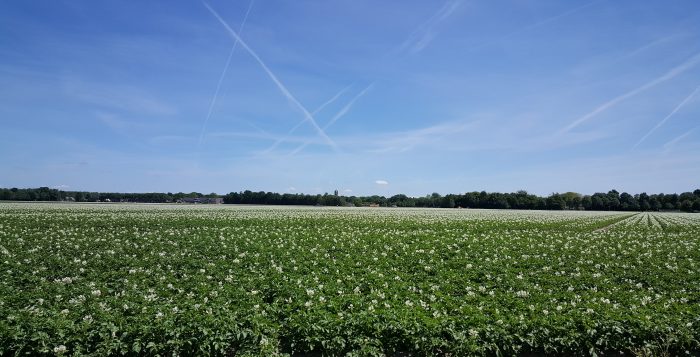 Potatoes for consumption are by far the largest segment and include industrial potatoes which are used to produce potato products such as French fries, chips, fresh mashed potato and potato slices and such-like. Fresh household potatoes also fall under this category. The starch potato production is roughly the same scale as seed potato production in terms of land use and produces starch and products based on potato proteins.

Crop yields in the Netherlands are amongst the highest in the world, and the key to this success is intense cooperation throughout the chain. An impression of the efficacy of this interaction within the agrifood ecosystem is presented in the September issue of National Geographic. The potato sector is typified by the closely-woven and well-established cooperation between industry, universities, universities of applied sciences and government. Wageningen University and Research (WUR), and the University of Groningen provide state of the art know-how in the fields of breeding, agronomy, starch chemistry and processing. Technical Universities add specific expertise in areas such as equipment manufacturing and sensing-technologies, and the Universities of Applied Science provide the trained workforce to valorize the research. The close physical proximity of these various stakeholders in a small country like the Netherlands, combined with a multidisciplinary, pro-business mindset, creates a thriving potato platform where all parties in the potato chain can come together to discuss common challenges and to seek solutions. 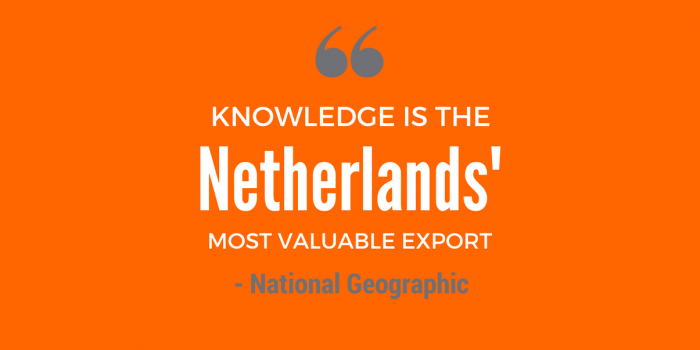 This close link between science-driven research and market-driven demand ensures that innovation and efficiency are top of the agenda. Knowledge is eagerly shared, both formally and informally, amongst the diverse stakeholders including researchers, developers, traders, growers, exporters, and transporters. This enables them to produce and deliver premium quality products to global markets. The Netherlands is a pioneer in the development of potato-processing equipment and associated knowledge and expertise, and is the global leader in the supply of seed potatoes with over 60 percent of the market.

One such innovation is potato seeds to replace seed potatoes. Dutch companies such as HZPC, Bejo, and KWS are investing heavily in the development of potato seed, which will soon become an alternative to seed-potatoes. The hybrid breeding technology was initially developed by another Dutch firm, Solynta. Potato seed is easier to transport and faster to produce than seed-potatoes, and millions of seeds can be produced in just one growing season. The risk of plant diseases is also reduced when growing from seeds than when using seed-potatoes. More than a third of all global trade in vegetable seeds originates in the Netherlands, accounting for US $1.7 billion dollars’ worth of exports in 2016. 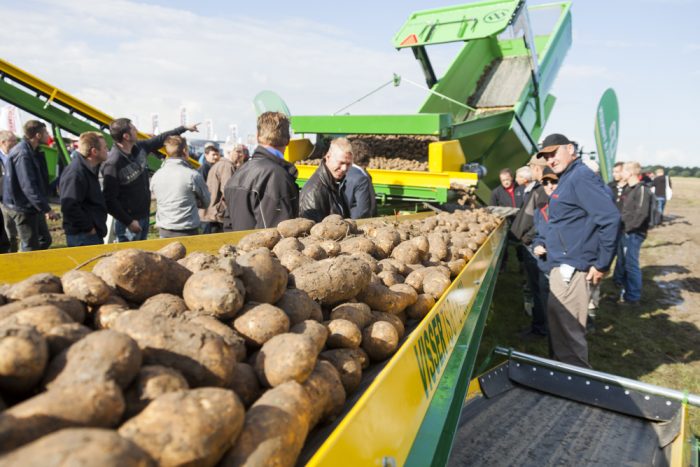 Food security is a priority theme within the Dutch government’s development cooperation policy, and the potato is a key element in addressing nutrition in developing countries. A healthy proportion of the academic and research activities at WUR is focused on problems facing developing nations. There has been strong growth in potato production in many parts of Africa and Asia, spearheaded by Dutch knowledge and support.

Vincent Van Gogh’s early 1885 masterpiece ‘The potato-eaters’, depicts peasant farmers sitting down to a meal of potatoes – the fruits of their labor – having tilled the fertile polder soil with their own hands to produce honest, down-to-earth fare. Potatoes are still very much on the menu today, as the average Dutch person eats 65 kilos of potatoes per year and the average family eats potatoes 3-times a week. Whichever way you slice it; the Dutch know their potatoes!

by Maarten Schans, Sector Specialist Agrifood at NFIA Headquarters in The Hague