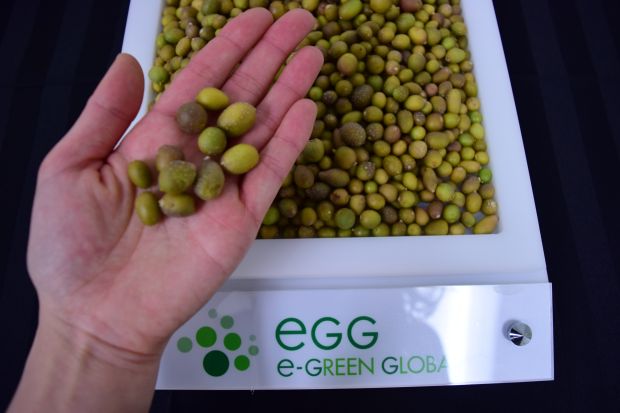 E Green Global (EGG), an agrifood company based in Seoul, is opening a new lab in the Netherlands that will contribute to sustainable food solutions. Located in the city of Enschede, it is EGG’s first lab in Europe. It will be used to produce micro tubers, an innovative way of producing seed potatoes.

EGG’s micro tubers are a breakthrough in potato cultivation because they can be planted into the field directly and do not carry viruses. After the market development phase, the EGG lag will increase its production from 2025 onwards.

An agrifood powerhouse, the Netherlands produced more than 736 tons of seed potatoes in 2021, according to calculations by the Dutch Potato Organisation. Seed potatoes are traditionally grown in the field before they are tested and planted. EGG’s biotechnology makes it possible to develop potato micro tubers in a lab under controlled conditions. This method not only saves water and storage times, it produces healthy seed potatoes in a much quicker fashion than conventional methods.

In addition, a machine can be used to plant the micro tubers into the field directly, an dit is easy to introduce new potato varieties. Last year, EGG received the ‘Gold Innovation Award’ from PotatoEurope for their ‘micro tuber’ technology.

EGG will start with a small lab and plans to scale up further after 2025. The company has production labs in the United States, China, South Korea and now in the Netherlands.

‘We are happy to settle in Enschede among other innovative companies,’ said Epi Postma, Director EGG Business Development Europe. ‘The knowledge, expertise and facilities of Wageningen University & Research are relatively close by, and the University of Twente is a stone’s throw away. We can use our technology to enable better, faster and cheaper food production. We are putting ‘lab to farm’ into practice by using micro tubers for potato cultivation, but we are, of course, also investigating whether this technology can be used for other foods.’

‘The sustainable production of healthy and affordable food is one of the biggest challenges of our time,’ said Francine Hellinga, Project Manager Food at Oost NL, a regional development agency in the East of the country. ‘The Eastern Netherlands has traditionally been strong in developing and testing innovative agricultural solutions. We are pleased that a company like EGG is establishing itself at Kennispark in Enschede. The development of micro tubers fits in perfectly with our ambition to contribute to feeding the world population without losing sight of the climate objectives.’

Oost NL and the Netherlands Foreign Investment Agency (NFIA), both partners in the Invest in Holland network, assisted EGG with locating in the Dutch agrifood ecosystem.