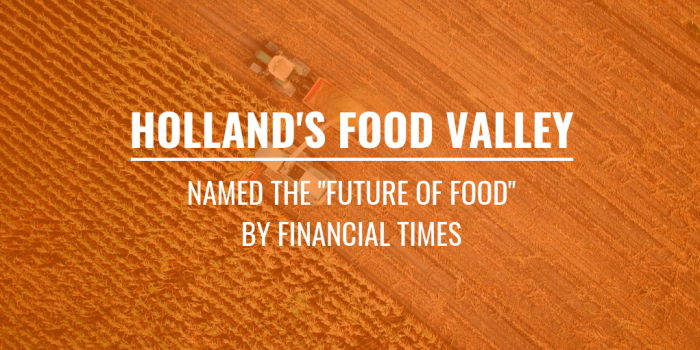 Financial Times prominently featured the Netherlands’ expertise in sustainable agriculture. The article examines Holland’s Food Valley and its ability to meet “the flurry of interest in agricultural and food technology” by applying gene editing, artificial intelligence and digital technology to food production and crops.

From world-leading food producers like Kraft Heinz to established food geneticists like Keygene, Holland boasts more than 5,300 agri/food companies. Known for its “Silicon Valley-style innovation,” Holland’s Food Valley and Wageningen University are home to 200 agri/food companies within a 10km radius.

“The country has made food science one of its strategic priorities and boasts one of the world’s most efficient agricultural systems. It is the largest exporter of vegetable seeds and its farmers use a fraction of the water of their counterparts elsewhere,” says the article.