For three full days, at the end of September, the Embassy of the Kingdom of the Netherlands in South Korea was literally ‘buzzing with business’. The reason for this was the visit of Prime Minister of the Netherlands, Mr. Mark Rutte, accompanied by the Minister for Agriculture, Mr. Martijn van Dam, and an economic business delegation of 60 companies. This was the most significant delegation of Dutch dignitaries to visit South. Korea since the visit of His Excellency, King Willem Alexander, in 2014. 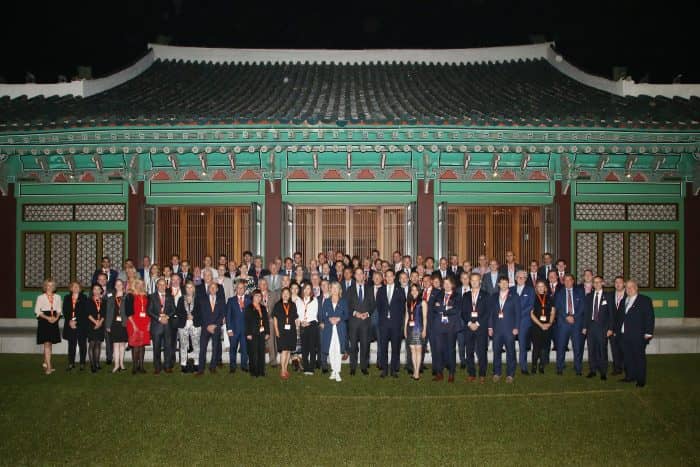 The three-day program was filled with company visits, economic seminars, a trade dinner and meetings covering various political and economic topics, with the goal of strengthening the bilateral ties between the Netherlands and the Republic of South Korea. And, speaking of goals, the Dutch ‘secret weapon’ during this trade mission was none other than Guus Hiddink, the Dutch football manager who took the South Korean Soccer Team to a historic 4th place in the World Cup, when South Korea hosted the event back in 2002. Hiddink is something of a national hero in South Korea. He is also the best-known Dutchman, having stolen that particular crown from 17th Century Dutch trader Hendrik Hamel, the first Westerner to provide a first-hand account of Joseon Korea. 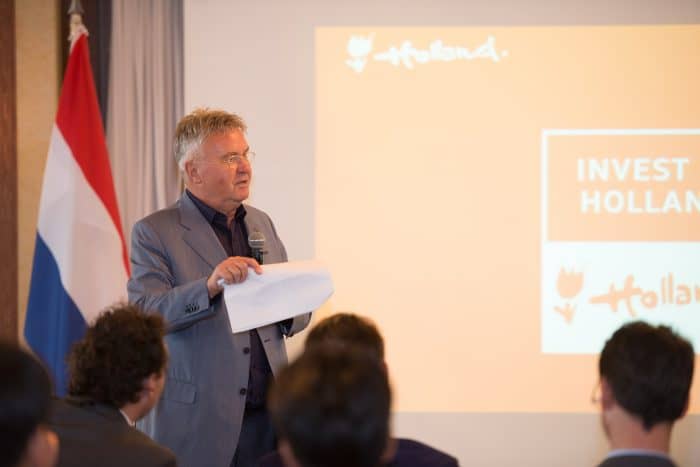 The Netherlands and The Republic of South Korea have strong mutual bonds having established economic and political ties over 55 years ago. Prime Minister Rutte, whose first visit this is to South Korea, highlighted the deep connections between the Netherlands and South Korea in the areas of High-tech, Innovation, Education and motivation. He observed, that in terms of trade, both countries are united by a similar mentality, stating: “We are creative, we think in terms of solutions, not problems, and we are focused on cooperation. That’s what truly unites us.” 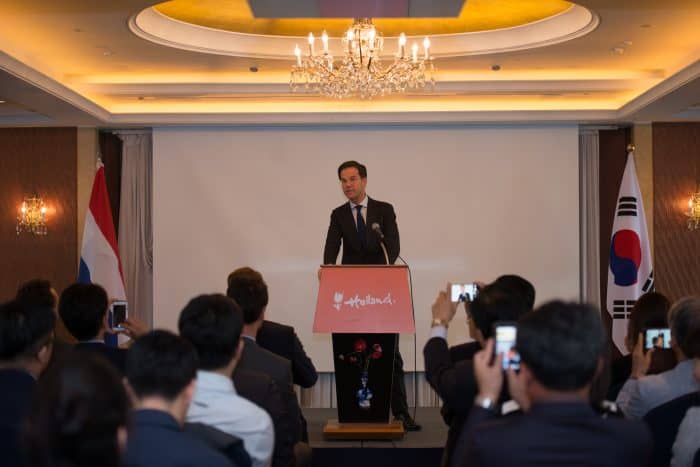 South Korea has developed rapidly over the past few years and is currently ranked at the world’s 11th-largest economy. Prime Minister Rutte went on to highlight the extent of Korean/Dutch cooperation, saying: “Korea is already the Netherlands’ second-biggest trade partner in Asia. Seventy Dutch businesses have established operations in Korea and around 135 Korean businesses have done the same in the Netherlands. And, according to the Netherlands Foreign Investment Agency (NFIA), these numbers are increasing every year.” Many of these Korean companies operate not only within the Dutch internal market, but also service the whole of the European Union.

One of the highlights of the program was the NFIA Logistics seminar that was designed to provide support for South Korean business partners with their further growth in the Netherlands. The theme of the seminar ‘the Netherlands: Gateway to Europe’ emphasized the cutting-edge infrastructure and world-class service providers present in the Netherlands. Speakers included representatives from Holland International Distribution Council (HIDC), Schiphol Cargo, the Port of Rotterdam, and AKD Lawyers and Notaries. Additionally, the NFIA program included the signing of a Memorandum of Understanding between the Korea Trade Investment Promotion Agency and the NFIA.

NFIA’s Jeroen Nijland and Arnoud Besseling introduced the audience to the ‘Orange Carpet’ explaining exactly why the Netherlands is such a great location for doing business. The audience was in good company as the seminar was officially opened by the Prime Minister, Mr. Mark Rutte and the closing remarks were presented by Guus Hiddink, who also officiated over an exciting Lucky Draw where four participants received an official Dutch soccer shirt, presented by Mr. Hiddink in person. All four were clearly very happy with their prize, and perhaps even more excited at the opportunity of a selfie together with their hero! 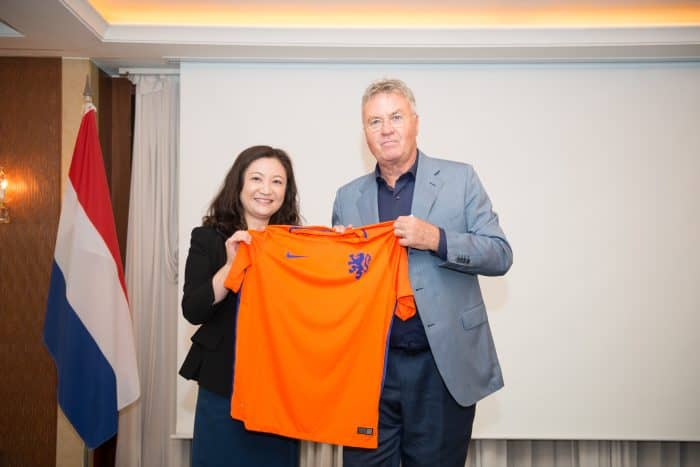 During his opening speech, Prime Minister Rutte highlighted the key areas of cooperation that will be important for the coming years: “Today, we’re focusing on the business sectors where we believe the most opportunities lie: high-tech systems and big data, the creative industries and agrifood. Big data and open data are game-changers for both government and the private sector. Innovations here can lead to advances in healthcare and urban mobility. Korea is a frontrunner in this area, so I’m pleased we have this opportunity to boost the cooperation between our countries.”

All parties can look back on a satisfying, cordial and fruitful visit to one of the Netherlands’ key trading partners.