Forbes Names the Netherlands No. 3 Best Country for Business

Holland was also among the best countries for technology and innovation

The Netherlands is the No. 3 Best Country for Business, says Forbes. The annual ranking placed the Netherlands above other European countries including Ireland, Germany and France. Rounding out the top five on the best countries list are the U.K., New Zealand, Sweden, and Canada.

As the sixth-largest economy in the European Union, Forbes reports: “[the Netherlands] plays an important role as a European transportation hub, with a persistently high trade surplus, stable industrial relations, and low unemployment.” 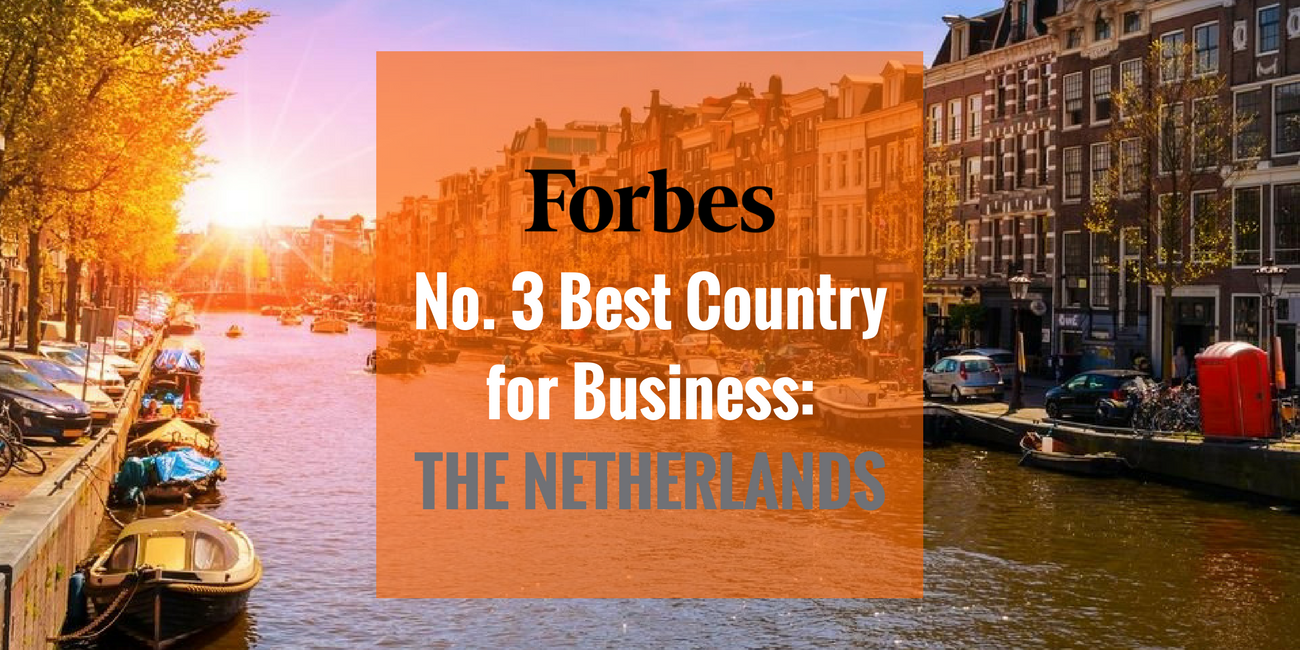 In addition to the general list, the Netherlands also ranked highly among best countries for personal freedom, technology, innovation, and property rights.

Forbes has rated the business friendliness of the world’s biggest economies annually for the past 12 years.