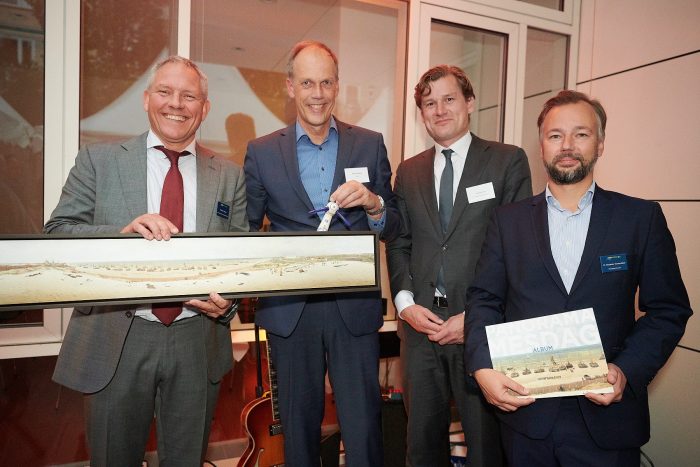 The German firm, SeaRenergy, an independent provider of comprehensive services to stakeholders in the offshore wind industry, is to establish an office in the Netherlands. The announcement came during a recent network event as part of the week-long, biennial WindEnergy exhibition at the Hamburg Messe, in Germany.

At the network event, organized jointly by the Netherlands Wind Energy Association and the Hague Business Agency, Dr. Benjamin Vordemfelde, Managing Director of SeaRenergy, the expansion to the Netherlands stated, “Whereas the German market is slowly becoming saturated, the Netherlands is still a growth market, not only for wind farms under development but also for our services to constructors and the maritime sector.”

The opening of an office in the Netherlands will allow SeaRenergy to position itself closer to local customers, enabling it to deliver the same standards of support as in Germany and other countries. The SeaRenergy B.V. office is located at the Seaport Scheveningen – the port area for The Hague. Managing Director of the Dutch office, Maarten Verjaal, commented, “We are very excited to expand to the Netherlands and to enter into new partnerships.”

The Hague region is the focal point of international activity in the energy sector for companies engaged in the exploration and production of energy carriers, in an operating area stretching from Southeast Asia and Europe to Africa. To facilitate the intensification of localized renewable energy sources, including the ambition to install 11.5 gigawatts of wind turbines in the North Sea, the Municipality of The Hague, and The Hague Business Agency, are committed to supporting this segment in The Hague, and Seaport Scheveningen.