Amsterdam Airport Schiphol leads the way in connectivity and sustainability 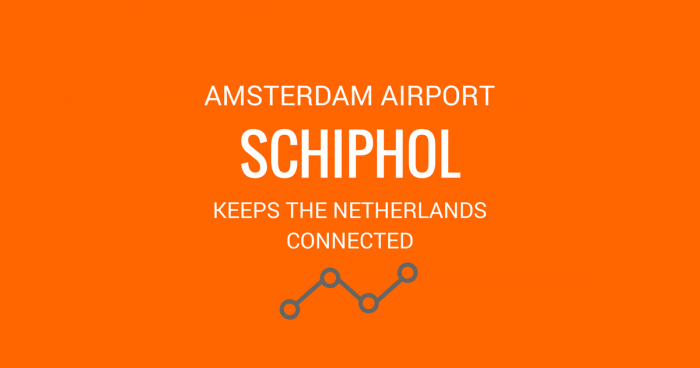 As one of Europe’s most advanced airports, Amsterdam Airport Schiphol continues its growth with new initiatives. The airport announced new flight options and sustainability efforts in recent months. Schiphol is a prime example of the Netherlands’s strength in both logistics and energy.

The world is taking notice of Schiphol’s achievements. In June, the Airports Council International named Schiphol No. 1 in Europe for direct connectivity. Schiphol offers better direct air service than other major airports like London Heathrow, Frankfurt Airport and Paris Charles de Gaulle. In fact, Schiphol serves over 320 destinations with 111 airlines.

The airport is also committed to future innovation and new energy solutions. The Royal Schiphol Group will run completely on renewable energy by January 2018, supplied by Dutch wind farms. In addition, Schiphol is investing in technology like biometric border control and mobility.

The Netherlands is a magnet for international travel. Dutch airline KLM’s partnership with Delta is increasing the connections between the Netherlands and North America. This summer, KLM and Delta announced direct flights between Amsterdam and new North American business hubs. These flights will connect Austin’s SXSW Festival with Amsterdam’s tech community.

With increased connectivity and sustainability, Schiphol is a model of innovation. The international airport is part of a robust logistics infrastructure that makes Holland the gateway to Europe.