Google announced plans to spend about 600 million euros ($773 million) over the next four years to build a data center in the Netherlands for its European operations. The groundbreaking ceremony, led by Dutch Minister of Economic Affairs, Henk Kamp, took place on Tuesday, September 23. 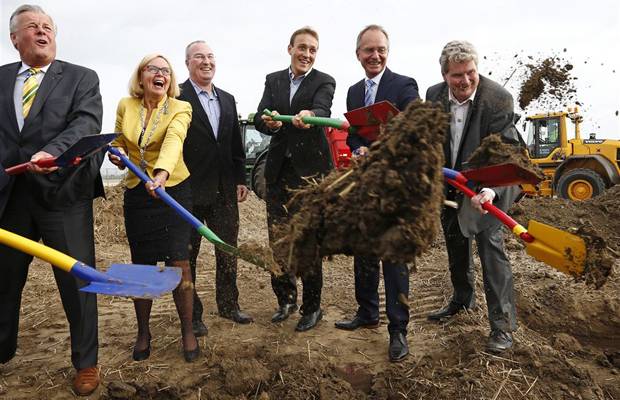 The new data center will be located in Eemshaven—the landfall point for the high-speed transatlantic fiber-optic cable that connects the U.S. and Europe—which is critical to accommodate the tens of thousands of servers required by Google. In fact, eleven out of 15 sea cables for digital traffic between the U.S. and Europe come in through the Netherlands.

According to Minister Kamp, this investment by Google shows that the northern Netherlands is an attractive region to invest, offering reliable energy and ICT infrastructure, as well as a highly educated technical workforce. Francois Sterin, director of global infrastructure at Google, also referenced the availability of land and the area’s favorable climate as reasons for selecting the Netherlands.

The Netherlands Foreign Investment Agency (NFIA) and the Northern Development Agency (NOM) were heavily involved with Google throughout the decision process and in preparation for the arrival of the new data center, which is expected to be operational by early 2016.

The company will employ 150 permanent workers and, according to Sterin, may invest more in the area once the job is completed.

Based in Mountain View, California, Google is the world’s largest Internet-search provider. Google employs over 47,000 in more than 40 offices all over the world.