Holland Has Lowest Costs for Business in Europe

The country ranks among top three globally on KPMG study 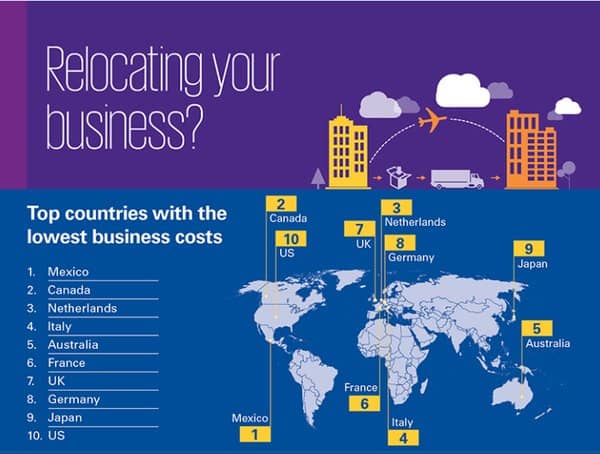 The Netherlands has retained its No. 1 ranking in Europe and No. 3 ranking overall on KPMG’s Competitive Alternatives 2016. The high value of the U.S. dollar has driven down the cost of doing business abroad, including in Holland.

The ranking’s overview explains, “Competitive Alternatives measures international business costs based on the combined impact of 26 key cost items that vary by location. Current business costs, together with planned future tax changes, are modeled over a 10-year planning horizon, starting in 2016. This study compares 7 distinct business service sector operations and 12 manufacturing sector operations. Overall cost comparisons for each country and city are based on the average results for these two sectors.”

The Netherlands currently has a 12.3 percent cost advantage over the U.S.  This year alone, American companies including GTA, AAR Aircraft, Dropbox, Planet Labs and more have announced expansions in the Netherlands.

Our country is extremely well-connected meaning countries like Germany, the UK and France are all within a day's reach. 🌍 https://t.co/APeyiJK09N #investinholland