Thanks to global talent and creative companies flocking to the Netherlands, Holland’s robust creative industry integrates into additional sectors, like healthcare, cybersecurity and energy. It also plays an important role in shaping Holland’s physical landscape by introducing forward-thinking ideas into architecture, building design and public spaces.

From food halls to high-tech campuses, these are five of Holland’s coolest buildings. Source: A As Architecture

Market Hall is a development from MVRDV, a Dutch company which employs 150 architects, designers and urban planners. Their unique multi-disciplinary approach is found in cities around the globe. Recent projects include spearheading blueprints for a new eco-city in Spain and transforming an abandoned Seoul highway into a park. 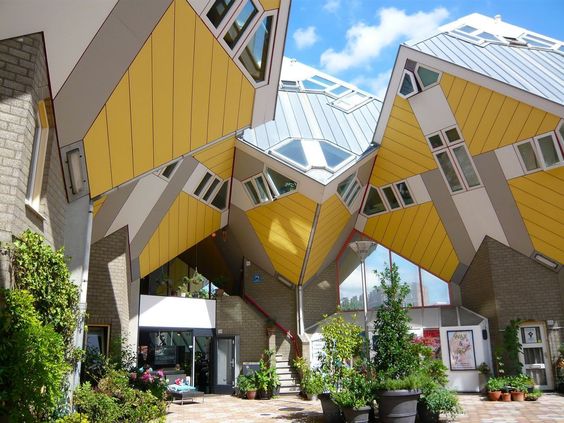 Holland boasts some of the coolest offices in the world, but what about the coolest place to live?

Designed by Dutch architect Piet Blom, Holland’s 56 Cube Houses in Helmond and Rotterdam encourage comfortably dense urban living. The homes are built on a 45-degree angle, have no straight walls and are connected to optimize space.

As the world continues to urbanize, these innovative homes may serve as a potential model for compact living. 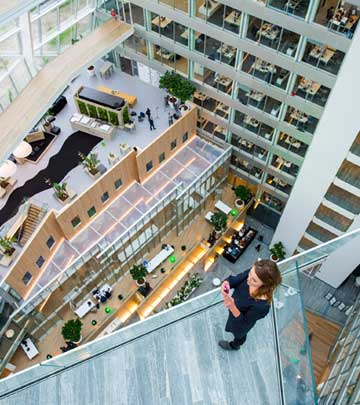 In 2015, international professional services firm Deloitte completed its Amsterdam headquarters, named the Edge. With the highest ever BREEAM rating, it is considered the world’s most intelligent and eco-friendly office.

Due to 28,000 sensors detecting movement, light, temperature and moisture, the Edge constantly optimizes its efficiency and conserves power. Use of big data also ensures employee satisfaction. For instance, staff can use personal smartphones to find an empty parking space or order their favorite coffee. 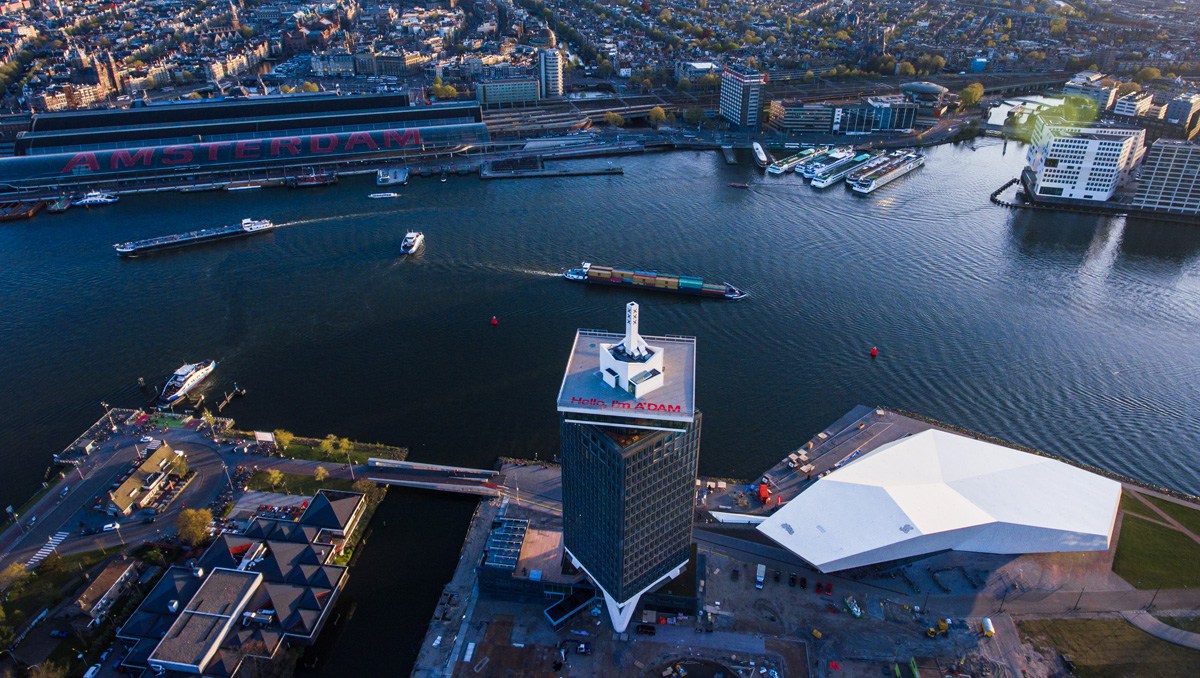 Originally an office for British–Dutch multinational Shell, A’DAM Tower is an iconic landmark renovated in 2016. An abbreviation for Amsterdam dance and music, A’DAM was renamed to reflect the business of its new tenants. Occupants include a hotel, revolving restaurant and Europe’s highest swing, located on the rooftop. The entire tenth floor is taken up by musical instrument manufacturer Gibson Brands, which located their Gibson Innovations division in the tower last year.

A’DAM’s public observation deck also provides stunning views of the city, including its famous canals and the Port of Amsterdam: the fourth busiest port in Europe and part of Holland’s world-class logistics infrastructure.

The Netherlands will lead in future building design too, thanks to Holland’s modern Dutch Windwheel project.

Located in Rotterdam, the Windwheel will include commercial and residential units, a rotating rail system and be set partially underwater. It will also utilize EWICON: a Dutch technology transforming wind into electricity, without mechanical blades.

While still in the planning process, the Windwheel is anticipated to be an important breakthrough for climate architecture and futuristic development.

With so many buildings offering an inspiring backdrop to the world’s top companies and brands, it’s clear that the Netherlands’ creative economy is a powerful force.

The Dutch creative industry isn’t slowing down either. From high-tech startups to multinational agencies like Anomaly, the Netherlands remains today’s “go-to” destination for risk-takers, entrepreneurs and disruptors seeking to make their creative mark on the world.