How Amsterdam is Building a Smart City of the Future 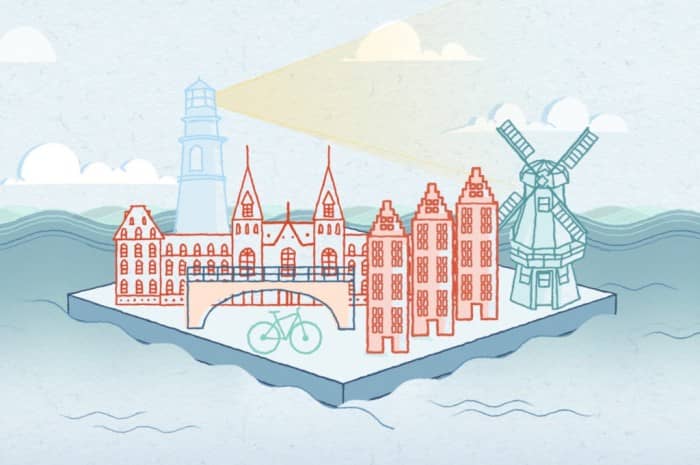 Amsterdam has landed on Skift’s Future Cities, a series exploring how major destinations are preparing for the new age of urban mobility. Nearly 150,000 people are expected to migrate to Amsterdam by 2040, which prompted the city to develop the Structural Vision Amsterdam city master plan.

The master plan aims to improve and densify existing communities by integrating design, smart technology, infrastructure and more. By rethinking walking, biking and public transportation routes, Amsterdam will connect urban areas and create new innovation districts on a larger scale than other cities around the world.

Also part of the master plan is the Amsterdam Smart City initiative, “one of the most innovative and comprehensive city-wide sustainability platforms in existence.” More than 75 smart city projects are partnering local municipalities, residents, businesses and academic institutions together, including projects already underway such as “City-Zen,” which allows residents to trade surplus green energy with each other, and “Smart Citizen,” which engages citizens and crowdsources sustainability data from the community.

The “metropolization” of Amsterdam will be achieved by a succession of massive projects, says the article, which also includes a video further exploring how Amsterdam is creating a seamless and personalized experience for visitors and residents.