IBM Receives Award for Strengthening Ties Between the Netherlands and the U.S. 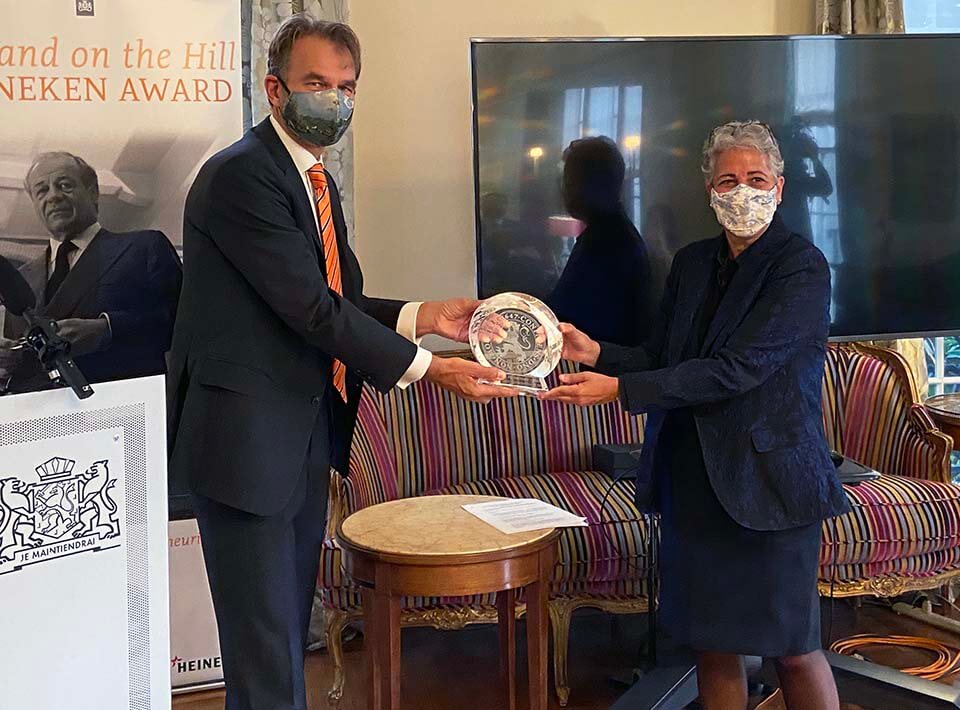 On September 16, the Embassy of the Kingdom of the Netherlands presented the 2020 Holland on the Hill Heineken Award to U.S.-based tech company IBM in a socially-distanced ceremony at the residence of Ambassador André Haspels. Michelle Browdy, IBM’s Senior Vice President, Legal and Regulatory Affairs, and General Counsel, accepted the award on behalf of IBM.

The Holland on the Hill Heineken Award recognizes industry and business leaders who strengthen the economic relationship between the Netherlands and the United States through entrepreneurship. The award is named after Freddy Heineken, who used marketing skills he acquired in the U.S. during the 1940s to transform his family’s Amsterdam brewing company into an internationally known brand. Today, at a time when innovative projects and partnerships are needed to stimulate economic recovery due to the pandemic, transatlantic cooperation remains crucial.

“When it comes to innovation and sustainability, IBM is a company that sets a path for others to follow,” said Ambassador Haspels. “In the Netherlands, that innovation can be seen in IBM’s partnerships with Dutch universities and its role in the creation of the Dutch National AI Coalition.”

A noted leader in sustainability, innovation, artificial intelligence and more, IBM is firmly rooted in the economic ties between the U.S. and the Netherlands. In fact, this year’s award coincides with the 100th anniversary of IBM’s presence in the Netherlands, where the company currently employs several thousand people.

“The company is forward-thinking in sustainability with its Smarter Planet strategy, which complements Dutch sustainability efforts,” said Haspels. “IBM and the Netherlands are a true transatlantic economic success story anchored in shared values.”

Furthermore, the award takes on special significance because Thomas J. Watson, IBM’s founder, was a former president of the Netherland-America Foundation (NAF). In 2014, the NAF, the Dutch Embassy and the U.S. Congressional Caucus on the Netherlands jointly created the “Holland on the Hill” program, a series of events highlighting the two countries’ shared values.

The Netherlands is a perfect fit for IBM

“IBM’s connections to the Netherlands run long and deep,” said Browdy. “The Netherlands is one of IBM’s most strategic and important locations in Europe. With political and economic stability and an open attitude towards international trade, investment, cooperation and new ventures, the Netherlands is a natural ally and perfect fit for us.” 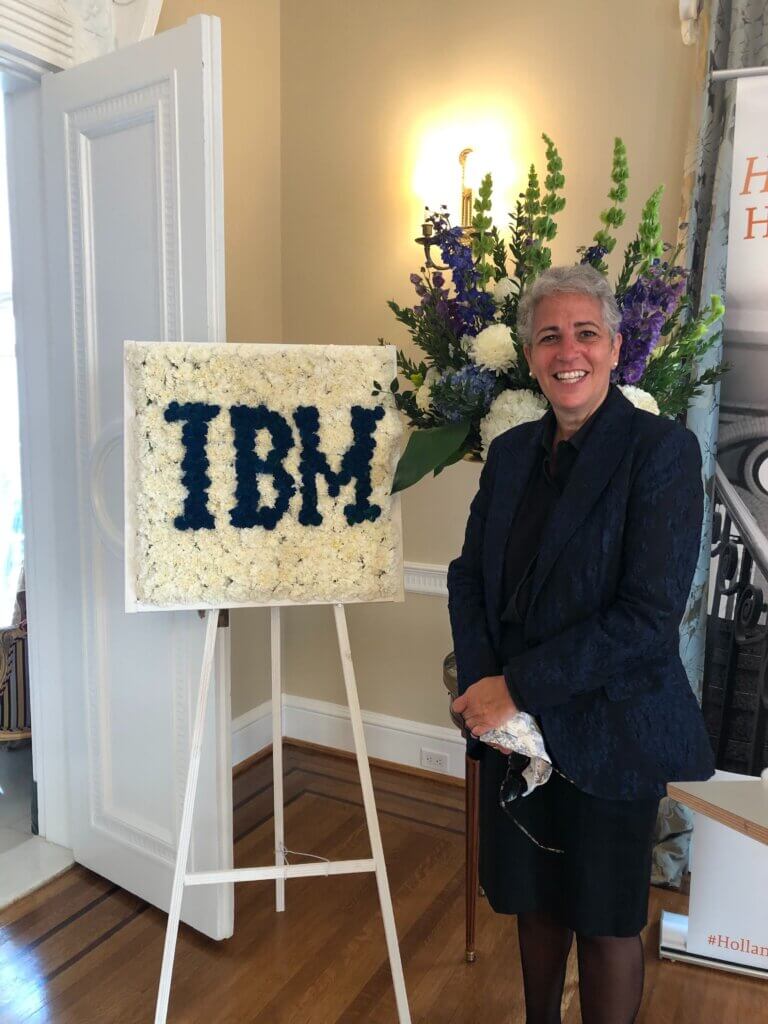 In one example of its partnership with the Netherlands, IBM has a substantial partnership with Heineken itself, involving hundreds of people working on dozens of projects. In one of these projects, IBM is helping Heineken create a state-of-the-art AI model that uses satellite images, crop growth information and weather data. The goal: achieve sustainable crop sourcing to improve Heineken’s beer quality and output.

In another example, IBM is working closely with the Port of Rotterdam to make it the “smartest” port in the world. The project involves leveraging Internet of Things (IoT) technology and AI to create a complete “digital twin” of the port – a digital replica of physical assets designed to help manage plants and equipment. The Rotterdam port’s “twin” will mirror all of its resources – tracking ship movements, infrastructure, weather and water depth data.

Source: IBM and NL in the USA