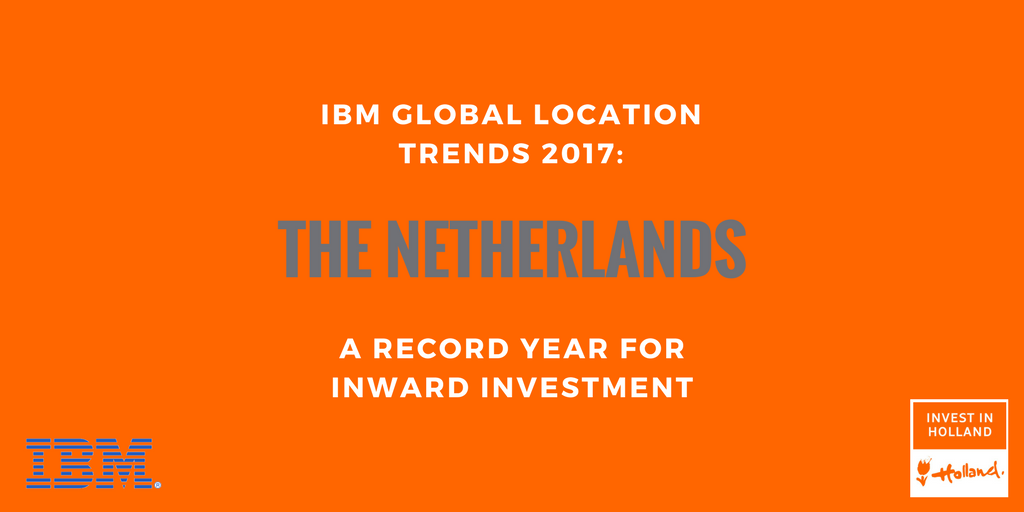 In addition, the Netherlands ranks No. 4 globally by average job value of investment projects. Finally, the Amsterdam-Rotterdam metropolitan area shows consistent growth and is a global top destination for foreign investors. The metro ranks No. 2 by number of projects.

Overall, access to “international markets and leveraging global supply chains are expected to continue to drive foreign investment,” said IBM. Each year the report analyzes the latest trends in corporate location selection, and where companies are locating and expanding their businesses around the world, creating jobs.

Contributing to growth of investment in the Netherlands are countless multinationals.

Considered one of the most wired countries in the world, Holland is a hotspot for information and communications technology companies. Global IT companies like Microsoft, Cisco, Interxion, Infosys, Huawei, Oracle, Intel, IBM, Verizon and Google invest in Holland for its unparalleled IT infrastructure.

Additionally, the Netherlands is a hub for foreign-owned logistics and distribution operations. Many multinationals choose Holland as their gateway to Europe to manage supply chain or grow e-commerce operations. Companies in a wide range of industries—from agrifood and life sciences to chemicals, maritime and IT—have also established advanced manufacturing operations in the Netherlands.