Precision Camshafts Limited (PCL), based in India, has opened an office in The Hague with the help of the Netherlands Foreign Investment Agency (NFIA) and The Hague Business Agency. PCL develops high-tech camshafts for, among others, General Motors, Ford, Toyota, Porsche and Daimler. With the opening of the office in The Hague, PCL hopes to better serve its customers in Europe. In addition to coordinating its European activities from the city, PCL increased its European market share earlier this year through the acquisitions of the Dutch Emoss Mobile Systems B.V. and the German Motoren und Fahrzeugtechnik GmbH (MFT). 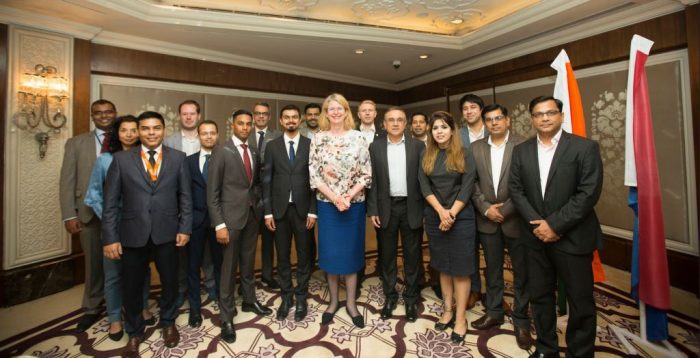 “It was a logical step for us to open an office in the Netherlands, since we already had a strong sales market in Europe. The Netherlands has a particularly attractive location and investment climate, mainly because of the multilingual labor market and a suitable geographical location. The Hague is conveniently situated between our customers in Amsterdam, Eindhoven and Germany”, says Yatin Shah, Chairman and Managing Director of PCL.

During the recent economic mission to India, Mayor of The Hague Pauline Krikke commented on the arrival of PCL to The Hague: “We are pleased with the arrival of the innovative PCL to our city. The Hague has good ties with India and invests in it.”

In addition to the headquarters in Solapur, India, PCL has offices and plants in China, Germany and Brazil, employing a total of approximately 2,500 people. Earlier this year, PCL announced the acquisition of the Oosterhout-based high-tech company Emoss Mobile Systems. Supervised by business consultancy firm Greyfriars, the acquisition is expected to create approximately 50 new jobs at Emoss in the next two years.

The Hague has close ties with India

The Hague has a large Indian diaspora community and has maintained good relations with India for years. In the context of these bilateral relations, the municipality of The Hague previously signed cooperation agreements with the Indian states of Karnataka and Telangana.