Kikkoman has truly enmeshed itself in Dutch culture and makes significant contributions to the local environment, the art world, and to cultural exchange between Europe and Asia 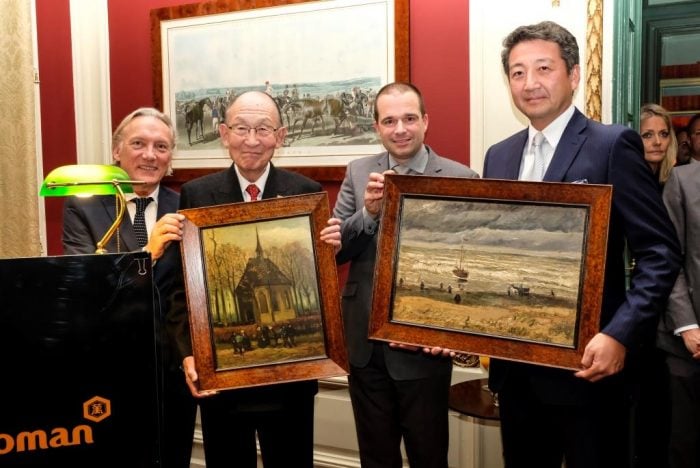 A number of luminaries from both the public and private sectors were in The Hague recently to attend a celebratory dinner organized by the Japanese firm Kikkoman – the world’s leading producer of soy sauce – on the occasion of their 20th anniversary in the Netherlands.

In 1997, Kikkoman opened Foods Europe (KFE), its first European production facility for its naturally-brewed soy sauce at Hoogezand-Sappemeer, in the province of Groningen. Since then, the multi-purpose seasoning has found its way into many European kitchens and dishes. It is often used as a replacement for salt, even appearing in traditional Dutch food items such as Hutspot and Stroopwafels. A widespread increase in popularity of sushi in many European countries has also helped contribute to the company’s success.

Kikkoman has truly enmeshed itself in Dutch culture and makes significant contributions to the local environment, the art world, and to cultural exchange between Europe and Asia. This year, Kikkoman made a significant contribution towards the restoration of two stolen Van Gogh paintings that were subsequently recovered earlier in 2017.

The company reduces its impact on water resources at its Dutch production facility by pumping water from the nearby Zuidlardermeer lake, by wind-turbine. By creating a water-rich environment around the lake featuring an ecosystem of flora, fauna, and micro-organisms, process water can be purified naturally before being returned to the lake.

Kikkoman also supports the ‘WaterSavers’ project run by Princess Laurentien’s Missing Chapter Foundation, as well as the National Green Fund. Kikkoman’s financial contribution to the Green Fund was used to purchase and plant 30,000 new trees in the Hijkerveld nature reserve.

This year, Kikkoman is also supporting the Pieter van Vollenhoven Emergency Aid Trust, a subsidiary of the national Victim Support Fund (‘Fonds Slachtofferhulp’). The fund helps provide support for victims of crime or traffic accidents, many of whom experience financial difficulties as a direct result of their experiences.

On the educational front, Kikkoman has funded the establishment of the ‘Kikkoman Chair’ at Leiden University. The post will focus on the Asian-European intercultural dynamic. Thanks to the contribution, the university will be able to establish a post for a lecturer for one day in the week, as well as to provide for a Ph.D. candidate scholarship.

Kikkoman’s history dates back to the early 17th century, when soy sauce production prospered in the Japanese city of Noda. Here, convenient access to raw ingredients and the proximity of a large consumer market in nearby Edo, now known as Tokyo, enabled the firm to grow. When Japan emerged from isolation in 1868 and opened up to the world, Kikkoman started exporting its soy sauce to Europe. It received honors at Expo Vienna in 1873 and Expo Amsterdam in 1883 and eventually became to be firmly established in the European market.

In 1917, eight family-run soy sauce breweries in and around Noda merged to form Noda Shoyu Co., Ltd., the forerunner of today’s Kikkoman Corporation. In 1957, Kikkoman opened its first US sales branch in San Francisco to market and distribute Kikkoman Soy Sauce. Sixteen years later in 1973, the first production plant was opened in Walworth, Wisconsin.