California-based technology company establishes a new European Marketing and Sales office in the Netherlands, creating a number of R&D jobs

Kumbaya Inc., a California-based technology company, announced a new European Marketing and Sales Office in The Hague, the Netherlands. The company made its announcement at the Mobile World Congress in Barcelona. 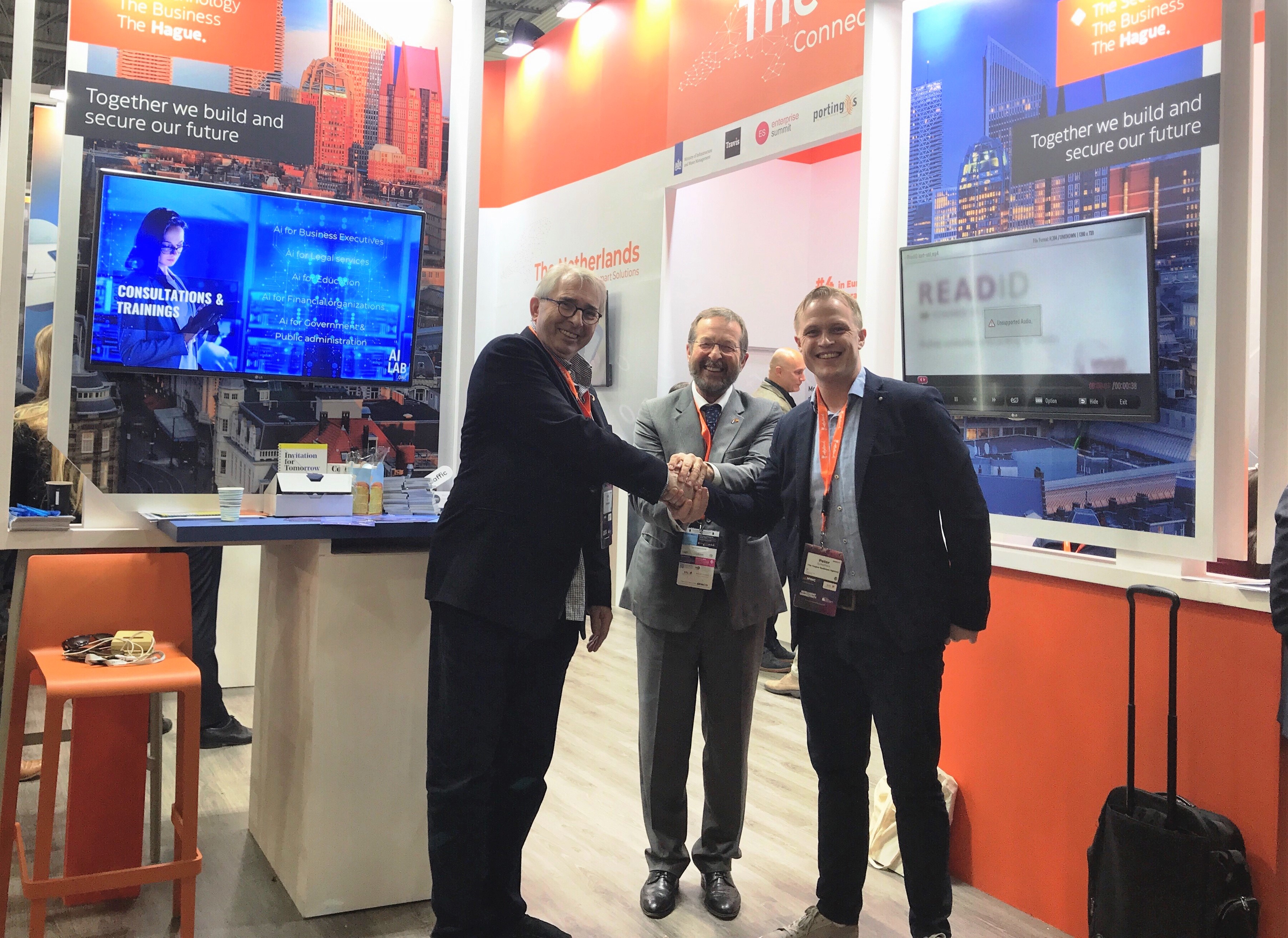 The Hague Business Agency (THBA) and the Netherlands Foreign Investment Agency (NFIA) both supported Kumbaya’s investment in the Netherlands. Following a meeting with THBA, Kumbaya was introduced to the opportunities and environment that The Hague presents to companies that strive to make a global social impact.

“There are several factors that played a key role in our choice for establishing our European head-office in The Hague. The ImpactCity program of The Hague includes a highly relevant network of humanitarian and like-minded organizations, a friendly business environment, people and events. Moreover, The Netherlands is the perfect gateway to reach our core market in Africa.”, says Mike Freni, CEO of Kumbaya.

“I am proud to welcome Kumbaya to our city. The Hague as an Impact City has a large international community of social innovators. The city is also traditionally known as ‘Telecom-capital’ of The Netherlands. The establishment of Kumbaya in The Hague is a wonderful crossover between these two areas. I am sure Kumbaya has chosen the perfect ecosystem for their next step.”, says Deputy Mayor of the City of The Hague, Saskia Bruines.

The International City of Peace and Justice

Home to an abundance of NGOs, social enterprises and impact startups, The Hague is a community of innovators in peace, justice and humanitarian field. Kumbaya is a humanitarian innovator that develops and implements innovative IoT solutions to end poverty. The company’s European office will be located in The Hague Humanity Hub, which is a haven for innovators in the peace, justice and humanitarian field. Kumbaya will also utilize the Netherlands’ highly skilled and multilingual workforce.