Life Sciences & Health is Not a Sector – It’s a Culture

Working Together Towards a World-leading LSH Ecosystem

With the arrival of the European Medicines Agency in Amsterdam in 2019, there is a palpable new energy pulsing through the Life Sciences & Health sector in the Netherlands. This new impetus brings with it a tighter focus, a deepening and strengthening of existing collaborations, and the joint-formulation of clear aspirations for the future. 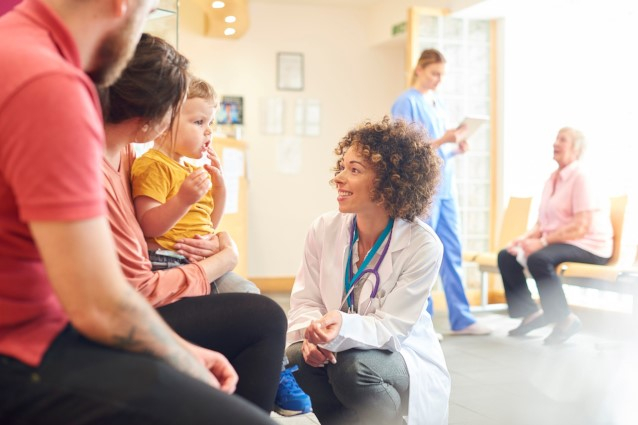 The Netherlands fosters the ambition of becoming the leading hotspot for the Life Sciences & Health sector (LSH) in Europe. The country already possesses an exceptional LSH ecosystem and aims to further improve its standing through investment, innovation and collaboration. Both national government and the individual regions are working together towards this goal and, consequently, a high-level Dutch delegation visited Boston and Toronto to learn about both cities’ LSH sectors – or rather, ‘culture’, as they were later to learn during their trip.

The trip was a resounding success and participants came away with a host of new insights, inspiration and useful information. Visits to companies and institutions took place in an open and interactive atmosphere, encouraging the free exchange of best practices and experiences. The delegation included Hans Schikan, chairman a.i. of the Life Sciences & Health sector in the Netherlands. Joint-leaders of the delegation, Wouter Bos, former chairman of the University Medical Centers Amsterdam, CEO of Invest NL, and Pim van den Berg, Vice Governor of the province of Utrecht, were accompanied by Udo Kock, Deputy Mayor of the City of Amsterdam and Paul Dirkse, Deputy Mayor of the City of Leiden, as well as a number of LSH professionals and national and regional government officials. The trip concluded with all parties committing to work together to further strengthen the existing LSH ecosystem in the Netherlands.

A key highlight of the trip was the delegation’s visit to the Massachusetts Life Sciences Center (MLSC) – an economic development and investment agency for the Life Sciences & Health sector in Massachusetts. Here, the delegation was introduced to MLSC’s President and CEO Travis McCready, who has visited the Netherlands in the past and, during the meeting in Boston, committed to making a return visit during the first half of 2019.

McCready provided the group with numerous valuable insights. The first, perhaps aided by a North American perspective on geography and distance, was a suggestion that the various regions and Life Sciences & Health clusters in the Netherlands should cooperate more closely to attract international interest. Certain regions are close enough to each other to be able to present themselves as a single, unified region to investors and companies from abroad. McCready’s advice was to develop a strategy for strengthening synergies in the Netherlands, that will help elevate its LSH sector to the next level. 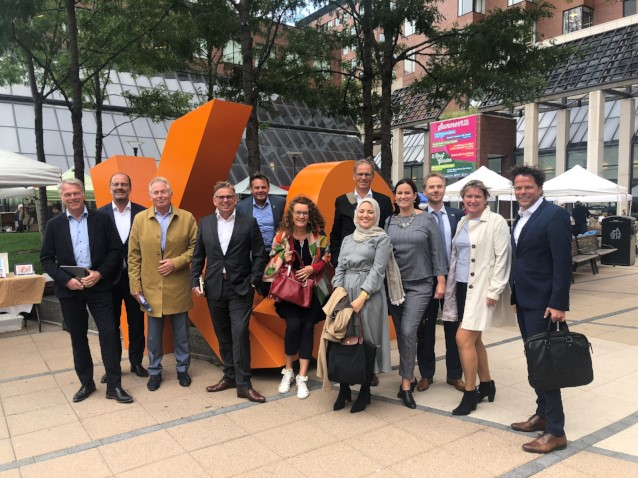 The delegation of the Boston and Toronto trip

The perfect stimulus for this elevation is the arrival of the European Medicines Agency in the Netherlands, which, according to Schikan, ‘…will create a unique opportunity for us to take a leading role in Europe.’ This, he stressed, is all-encompassing – the aim is to make the country ‘a place where innovation is not only happening in science but also in finance, in regulatory activities and in fast access to innovations, for patients.’

This hints at the dominant theme of the trip: that cooperation must happen on more than just a geographical level. It is not only the various regions in the Netherlands that need to work together to attract foreign investment but also the multiple stakeholders such as research institutions, government, businesses and investors. Investing in networking and bringing together scientists, entrepreneurs and investors are paramount: in the Netherlands, these realms are often somewhat isolated from each other.

This notion has particular significance when it comes to capital: public-private partnerships, such as private investment in research, and the science-to-market transition. In this regard, the greatest difference between the Netherlands and its North American counterparts is how much more closely academia and business are intertwined in the latter, and it is in that respect that the trip was particularly instructive. ‘The translation of excellent science into business is much better developed and executed than in the Netherlands,’ stated Robert Thijssen, coordinator for LSH innovation at the Ministry of Economic Affairs. Schikan added: ‘The example that MIT invites venture capital companies to their research days was an eye-opener to me. The culture is really about bringing it all together – science, people, capital – with the goal to create new companies and to create value, for patients and other stakeholders alike.’

To this end, a certain shift in the Dutch mindset is required, according to Wouter Bos. During an expert panel, he mused about the perception of the US system in the Netherlands: ‘There is this idea that there is so much capital available in the US – that it’s practically thrown around. Of course, large amounts are being invested, but our perception of a ‘casino model’ is unfair. These are sound investments. For example, each venture capitalist has a scientific board at their disposal.’ 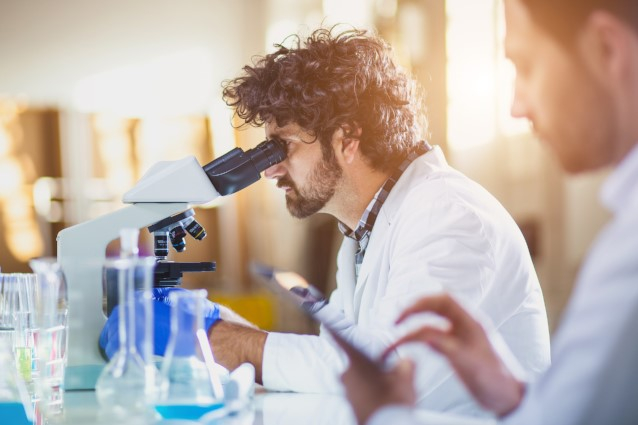 This, too, was one of McCready’s main points: getting scientists into positions – for instance onto scientific boards, where they can help to assess the viability of investments – is a crucial part of ensuring highest-level research is better translated to the market. The delegation resolved to investigate ways to consider new approaches to public-private partnerships and to make it easier for scientists to get their research to the market. ‘Technology transfer from universities to companies and through to society needs to operate at a much higher level,’ concluded Thijssen. ‘Entrepreneurship in and around universities should be more developed. This requires collaboration and investment from government, universities and the private sector.’

McCready specified another reason why cooperation between different parties is key: in a time of continuous advances in tech and science, business ecosystems need to evolve along with them. His example for this was data science. ‘Going forward,’ he said, ‘the challenge lies in that the ecosystem is changing again. Anyone who can incorporate engineering and data science in their existing life sciences ecosystem will be the leader in ‘life sciences 3.0’. The ecosystem that figures out how to have biologists, data scientists and engineers collaborate on a district- or even city-wide scale will take the pole-position.’

There is also another kind of synergy, another place where various aspects need to come together. The keyword here is ‘concentrated’ – and that refers not only to the concentration of LSH companies, universities and research centers but also to quality of life and mixed-use environments. Most employees want to live close to their workplace, and they want to be able to shop, dine and exercise in the area as well. The Greater Boston region has the perfect illustration of this in Kendall Square, which McCready refers to as ‘the densest ecosystem, the densest square mile in the world,’ where you can find hundreds of biopharma companies in an urban environment. 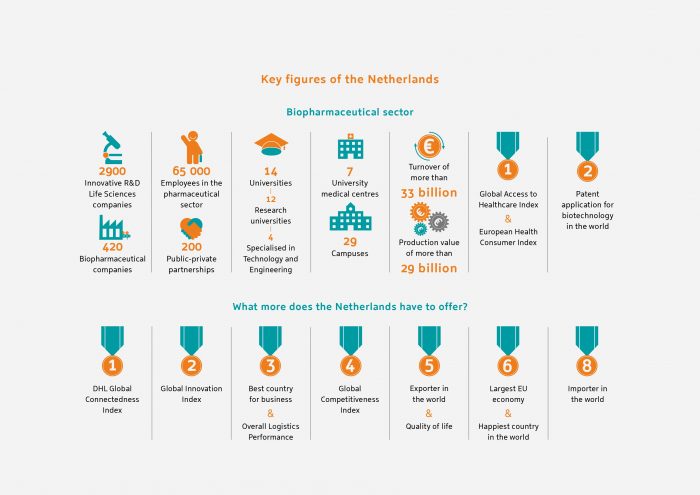 With more than 2,900 life sciences, medtech and biopharma companies, world-class research centers and academic institutions, all in close proximity to each other, the Netherlands already has one of the most concentrated pharma and life science clusters in the world. The aim now is to put forth an image of this cluster that represents more than just business. As McCready put it: ‘Life sciences is not a sector. It’s a culture.’

This notion lies at the heart of many of the conclusions the delegation took away from their trip. Of course, every city and every region has its own specific advantages and challenges, and what works in one might not work in the other. The models of Boston or Toronto cannot be reproduced faithfully by the Netherlands or its regions or cities. At the end of the trip, the delegation returned with a better understanding of how stakeholders can collaborate in new ways, to make the Dutch Life Sciences & Health sector an even greater force for innovation and development globally.