London in late autumn may not be the obvious place to celebrate solar energy. Nevertheless, the latest Nuon Solar Team was welcomed to the Dutch Embassy in London as part of their first team-building weekend. These dedicated students from the Delft University of Technology (TU Delft) will spend the next year designing, building and then racing a next-generation solar car. 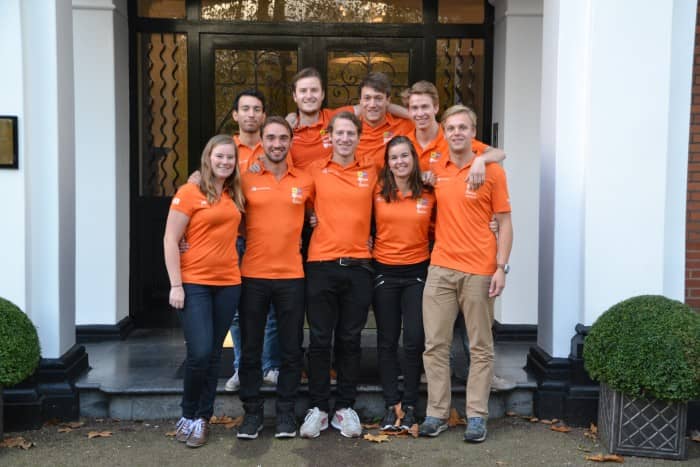 The Nuon Solar Team at the Dutch Embassy in London

TU Delft has an impressive record of leading the way in the development of solar cars. Successive Nuon Solar teams have won the Bridgestone Solar Challenge in Australia six times (the latest being the Nuna8 team). In this exhaustive trek, students race the solar car they design from Darwin to Adelaide.

The staggering 3,000 km (around 1,800 miles) route is comparable to driving from Amsterdam to Svalbard in Norway, or Nicosia in Cyprus. It took the winning Nuna8 team four days to complete in August 2015. The distance, however, is only one of the many challenges they face on this arduous journey.

“It’s a bit like Formula 1,” said Winnifred Noorlander, who after working in public relations with the Nuna8 team is now a civil engineering student on the Nuna8 team. “The car has a control stop every 300km for a safety check and a change of driver,” she explained. “It’s quite difficult to drive because the car catches the wind a bit like a sailing boat. It is also very light (about 150kg) and each of the three student drivers needs special training. We change drivers regularly as it is demanding and hot work; the cockpit reaches 50°C.”

Packed with cutting-edge technology, a solar car is designed by TU Delft students in all relevant disciplines, including mechanical, electrical and aerospace engineering, applied math and physics, civil engineering and industrial design. The project is very popular and the selection process is strict.

TU Delft students chosen for the team must be knowledgeable, innovative and have a passion for technology and the environment. Above all, they must be highly motivated. Most of them take time out from their Master’s programs and commit to the project full time for a year.They can expect to work some long hours in order to gain valuable hands-on engineering and business experience.

The Nuon Solar team is well-supported by TU Delft, as well as business partners and former team members. “A new team takes over each time we develop a new car,” explained Noorlander. “But alumni are around to brainstorm ideas and share experiences.”

We’re here to win – and to promote sustainable transport

Over the next year, the Nuna8 team will be designing and developing various improvements to the Nuna8 model, to make it even faster and more efficient. They will race it in South Africa in September 2016. “Of course we would love to win the race again,” admitted Noorlander. “But that is not our main purpose. Preceding the race in South Africa–and to up the challenge for Nuna8–the new and improved car will also compete for the world speed record for solar cars in Nevada, USA, in June 2016.” 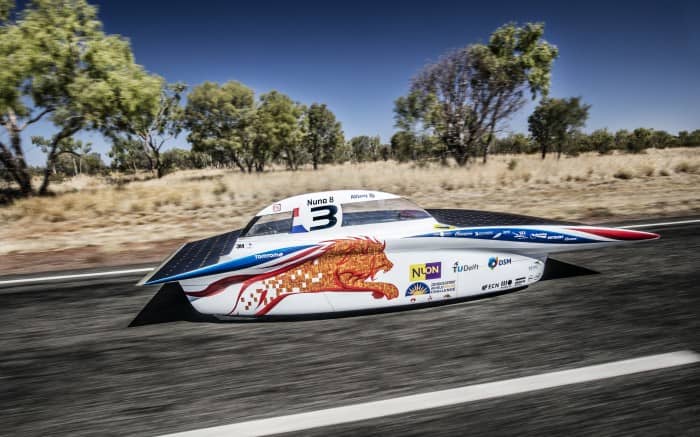 “We are here to motivate and inspire people to create a more sustainable economy. By showing them what solar cars can already achieve, we hope they will become more environmentally aware. And, by contributing to the research and innovation around sustainable transport, we hope to encourage more people to study technical subjects,” said Noorlander.

The use of completely solar-powered cars as a regular form of transport is some ways away, but engineers are already using the technology in other ways. For example, Rick Lenssen, a Nuon Solar Team alumnus, helped build the award-winning E-trailer. This is a safer and more fuel-efficient trailer than previous models, which uses the knowledge Lenssen gained from his year with the Nuna7 team.

The competition in races is always fierce but the team exemplifies the Dutch spirit of creativity and cooperation.“We could not win without our support team and corporate partners,” emphasized Noorlander. “The Nuna8 team and support crew knew each so well by the time of the race, they could change a tire in three minutes. And, although all R&D comes from the TU Delft students, the facilities and financial support of our corporate partners are invaluable.”