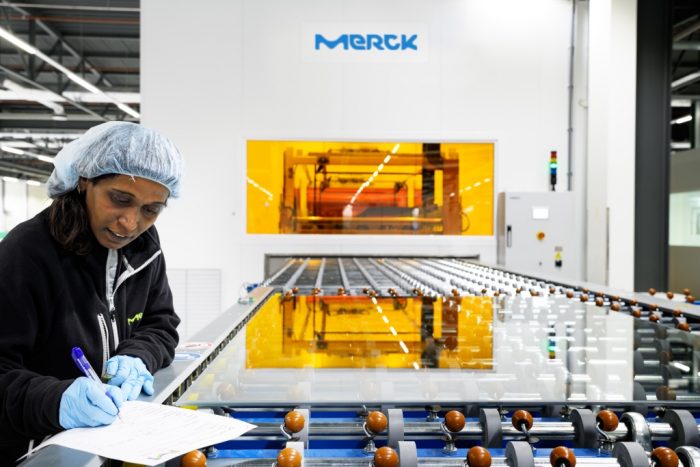 Merck Performance Materials, a leading science and technology company,  opened a new production facility for liquid crystal window modules in Veldhoven, near Eindhoven, in the Netherlands. The investment of around € 15 million is a further step by Merck to expand its expertise as the market and technology leader in liquid crystals for displays by moving into other applications beyond televisions, laptops, smartphones, and tablet PCs. In 2016, an independent business field was set up for liquid crystal window technology in order to achieve faster market penetration. Merck is the world’s first supplier of this window module technology, which in comparison with previous technologies, offers new application possibilities and regulation within seconds.

Deliveries to start in 2018

“This new facility is a milestone in our strategy to capture new attractive and future-oriented application fields for liquid crystals beyond displays,” emphasized Kai Beckmann, Member of the Executive Board of Merck and CEO Performance Materials, during the inauguration attended by around 100 invited guests from business and politics. “We recently started taking orders from customers for modules that will be ready for delivery as of early 2018. The industry interest in liquid crystal windows we’ve seen so far is very positive.”

Globally, the demand for smart glass is rising. In particular, the construction and automotive industries are looking for long-lived elements that can be integrated both aesthetically and functionally in many shapes and colors. Merck does not see itself as a competitor to glass and window manufacturers, but rather will supply the modules enabling them to make these smart glass elements, windows and façades. In addition, Merck assists architects, designers as well as window and façade makers in an advisory capacity.

Recognition as an important innovation driver

Long-term tests under real conditions show that innovative liquid crystal windows also live up to their promise in practical applications. Since 2015, the liquid crystal windows in the western façade of Merck’s modular Innovation Center in Darmstadt have been operating perfectly even on hot summer days and icy-cold winter nights. In September 2016, the sun protection and privacy variants were installed in the new OLED production building at the Darmstadt site.

Frost & Sullivan, a global consultancy, has also recognized the potential of the new breakthrough technology. At the end of October, it presented the “Technology Innovation Award” to Merck for its liquid crystal window technology. According to the jury, as a key innovation driver with significant competitive advantage in smart glass, Merck has the opportunity to establish itself as a market leader.

Merck has been around for almost 350 years, yet its majority owners are still the descendants of Friedrich Jacob Merck, the man who founded the company in Darmstadt, Germany in 1668. Since then, Merck has become a truly global company, with 50,000 employees in 66 countries working on breakthrough solutions and technologies. In 2016, Merck invested a total of € 2.0 billion in research and development. Healthcare, Life Science and Performance Materials are its core businesses.