Microsoft Launches One of the Netherlands’ Largest Wind Projects 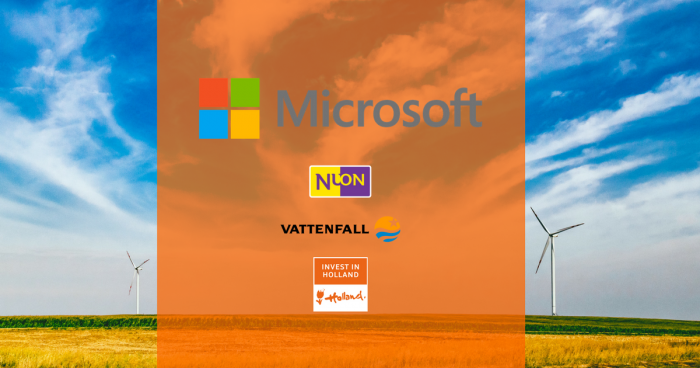 Microsoft’s second European wind project is one of the largest wind deals in the Netherlands, the American company announced. Microsoft will purchase 100 percent of the wind energy generated in Wieringermeer Polder, near Amsterdam. The investment is in partnership with electricity and heat retail producer Vattenfall.

“Investing in local clean energy to power our local datacenter is a win-win for our business and the Netherlands,” said Brian Janous, general manager of energy at Microsoft. “Microsoft is committed to bringing new renewable energy sources online to power our datacenters. By focusing on local projects, we’re able to create new economic opportunities, reduce carbon emissions and make progress on our global commitment to increase the amount of clean energy used to power the Microsoft Cloud.”

One of the Largest Onshore Wind Farms in Holland

Nuon, part of Vattenfall, will construct and operate the 180-megawatt repowered and expanded wind farm. Construction of the expansion will begin in 2018, with the expectation to become operational in 2019. Once completed, the Wieringermeer wind farm will be one of the largest onshore wind farms in the Netherlands.

“We power climate-smarter living and help datacenters use locally produced renewable energy,” said Nuon CEO Peter Smink. “This is not only an important investment in Dutch renewable energy, but also a new step in the greening of IT in the Netherlands.”

After the initial launch, the project will expand and include 100 windmills. It will produce approximately 1.3 billion kWh of renewable electricity by 2020.

Long-term Growth in the Netherlands for Microsoft

This new wind project will help support the continued long-term growth of the Microsoft Cloud services delivered from the Netherlands. Recently, Microsoft sponsored smart-energy startups at the Dutch accelerator Rockstart by providing collaboration and access to business development, data analytics and the Internet of Things.

Thanks to its progressive policies, affinity for innovation and forward-thinking, environmentally-conscious population, the Netherlands is a leader in offshore, renewable and smart energy.