The Netherlands Has Basically Reinvented the Tomato

How did the Dutch take the tomato industry by storm?

In the mid-1990s, the American tomato market experienced a major disruption: consumer demand for Dutch tomatoes skyrocketed. The Netherlands’ colorful and tasty varieties were so popular that Dutch tomato exports to the US rose by a whopping 800%. How did the Dutch take the tomato industry by storm? 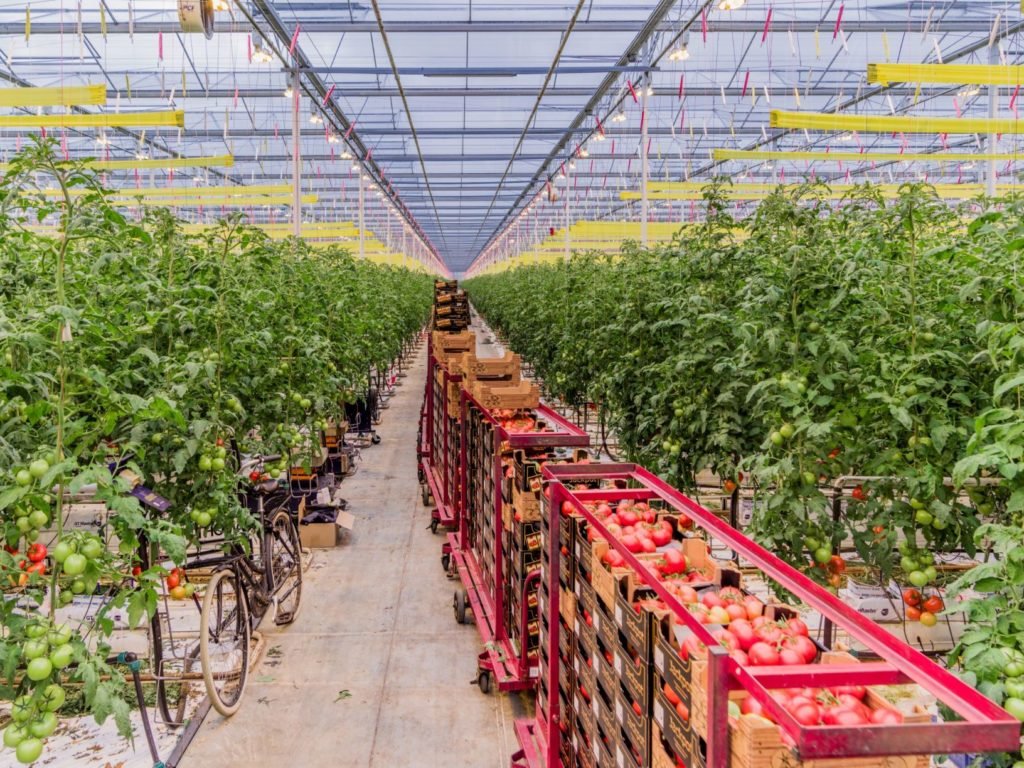 Drawing on a centuries-old tradition of horticultural innovation, the Dutch pioneered growing techniques that allowed them to breed varieties that travel well and burst with flavor. Today, nearly 40 square miles—roughly the size of Manhattan—are dedicated to under-glass growing space. One of the globe’s most densely populated countries, the Netherlands has also honed the practice of extracting huge yields from small land areas.

A number of standout players are to thank for the Dutch tomato industry’s prowess. Take Rijk Zwaan, one of the top five global plant breeding companies. Its scientists maximize the power of existing plant genes to create vegetable varieties with desirable traits such as excellent taste and aroma, long shelf life, and a uniform size. At the company’s demo greenhouse in Kwintsheul, 80 species of tomato are tested and compared each day.

Seed performance company Incotec is best known for having pioneered a pelleting system that coats seeds in a protective layer, making it easy for mechanical seeders to disperse them. Incotec was also instrumental in developing methods to prime seeds (triggering and then stopping the process of germination), a tomato game-changer that produces superior quality and yield.

The Dutch are the world’s best tomato growers

Companies like Rijk Zwaan and Incotec then pass the ball to growers such as Duijvestijn, recently named the World’s Best Tomato Grower. Run by four brothers, Duijvestijn is renowned for its superior quality tomatoes and its highly sustainable growing methods: it was one of the first companies to employ geothermal energy in its greenhouses, using 60% less energy than a standard greenhouse. Thanks to its visionary approach, Duijvestijn is able to annually produce about 10 million kilos of tomatoes on just fifteen 15 hectares.

Dutch growers rely on fellow forward-thinking businesses to help fine-tune elements like lighting, temperature, and nutrition to achieve results that set industry benchmarks. Netherlands-based company Philips revolutionized Dutch agriculture with a series of LED lights that accelerate growth. Horticultural tech companies such as Priva developed automated, climate-control, and water-dosing systems that synchronize variables such as air vents, CO2 dosage, heating, cooling, and ventilation. Priva also developed an award-winning de-leafing robot. The first of its kind, it makes daily tomato growing operations more efficient and economical with unmatched de-leafing speed and quality. Growers can tweak their crops even further with the help of knowledge specialists like Koppert, a company that innovates biological solutions to protect plants.

The tomato industry is a microcosm

The tomato industry is a microcosm of the country’s overarching agrifood infrastructure, a field where the Netherlands is a global leader. The key to Dutch success in this arena is a long horticultural tradition, and decades of developing high-level knowledge and techniques. Twelve of the world’s biggest agrifood companies host strategic R&D or production facilities in the Netherlands, which is also home to Wageningen University & Research (WUR), the top agricultural university in the world. World-class research, along with an insatiable appetite for innovation, makes the Netherlands a prime environment for the tomato sector and agrifood industry to thrive. Just as the planet’s most fertile natural landscapes are made up of factors large and small, the agrifood eco-system in the Netherlands offers businesses all the ingredients to achieve a healthy and sustainable future.

In addition to the agrifood industry, the Dutch excel in the fields of water treatment, energy management, life sciences, high-tech systems, chemistry, and logistics. The Dutch also use their cultural openness to cross geographical and technological borders. They welcome foreign businesses that want to benefit from and contribute to its success.