The Netherlands Reports Record Number of Foreign Investment Projects in 2016

North American companies led the way in investing in Holland 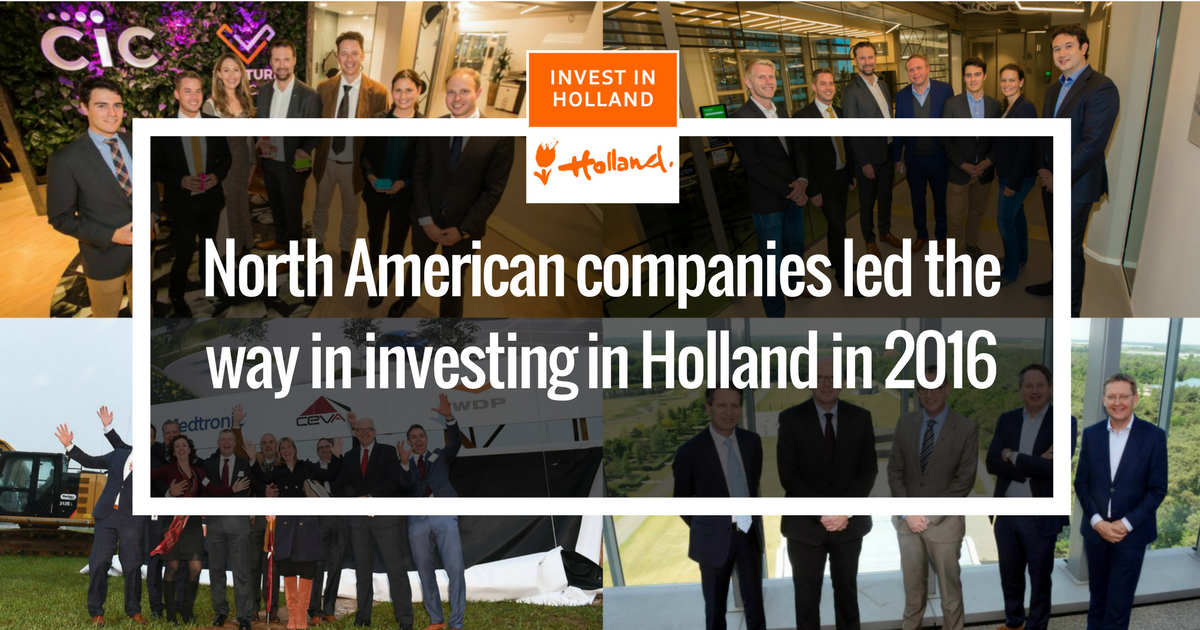 NFIA North America had a record number of projects in the Netherlands last year with 88 direct investment projects, accounting for more than one-third of the 227 foreign investment projects that NFIA was involved in worldwide. The North American projects generated $825.5 million in capital investment in the Netherlands, with 28 European headquarters projects, followed by 16 marketing and sales office projects, 15 distribution center projects and 9 manufacturing projects. By industry, information technology, life sciences and health, and agrifood projects led the way.

“North American companies continually choose to invest in the Netherlands to capitalize on our country’s economic stability. We are a beacon of trust as a gateway to Europe,” said Jan-Emile van Rossum, Executive Director of NFIA North America. “The Netherlands’ commitment to public-private partnerships, coupled with Dutch innovation across industries, are proving beneficial for international companies.”

The U.S. held its rank as the top source of investments for NFIA, accounting for more than half of the $1.57 billion capital investment acquired by NFIA worldwide. Notable projects included Medtronic’s groundbreaking for a 355,200-square-foot distribution facility in Heerlen, next to the company’s existing Center of Excellence, and Oracle’s sales center expansion in Amsterdam, adding a significant number of new jobs there to those already at its European headquarters in Utrecht. In addition, Canadian start-up Handle Hands announced in October that it will establish its European headquarters in Rotterdam.

“These impressive figures reaffirm that the Netherlands is an attractive country for foreign companies,” said Netherlands Minister for Economic Affairs Henk Kamp. “Our population is highly educated, we have an excellent logistics infrastructure and our digital highways are world leading. The Netherlands has much to offer to international companies.”

The NFIA is expanding its presence in the U.S. and Canada this year to support further growth of companies looking to establish and expand operations in the Netherlands. NFIA offices are located in Atlanta, Boston, Chicago, New York City, San Francisco and Toronto.