Global apparel company that owns brands such as Tommy Hilfiger and Calvin Klein, is building a new campus in Amsterdam’s dynamic Houthavens area 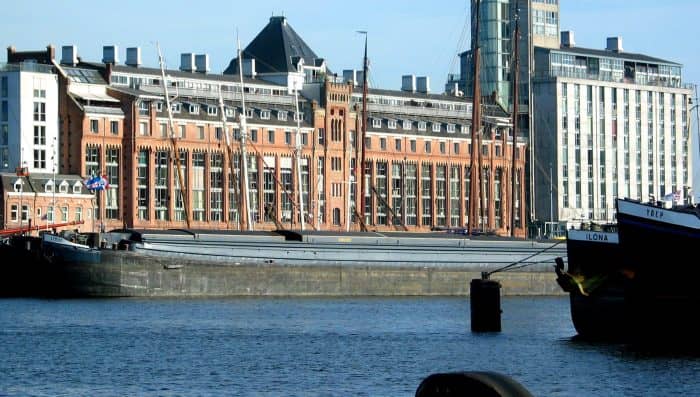 In 2018, the apparel company PVH Europe will be moving into two new buildings in Amsterdam’s Houthavens area. PHV, whose brands include Tommy Hilfiger and Calvin Klein, will then have about 30,000 m2 in the Houthavens. The buildings will be designed by MVSA Architects.

Heren2, the real estate developer responsible for developing the Houthavens, was also behind Calvin Klein’s new European headquarters in the same area.

The new PVH development will contain three buildings, each with its own identity, in a campus-like location. The first building is already almost finished, and will consist of offices, showrooms, a restaurant, and a rooftop terrace. The two other new buildings will contain features such as offices, green roof terraces, an atrium, and a sky lounge overlooking the city.

The Houthavens, a former lumber harbour on the banks of the IJ river in Amsterdam, is being transformed into a cultural, creative, and residential zone. By creating sustainable, high-quality public spaces and offering space to dynamic companies and cultural activities, the Houthavens enjoys a lively atmosphere. Companies already located here include Aegis and Dedato Architects, and the area now has several hotels, as well as the popular Theater Amsterdam, which opened in 2014. At the same time, the Oranjewerf district is being transformed into a residential area.

PVH Europe is part of PHV Corp., one of the world’s largest apparel companies. It owns and markets the Calvin Klein and Tommy Hilfiger brands worldwide, as well as the brands Izod and Arrow. PHV also has license agreements with brands such as Kenneth Cole, Michael Kors, DKNY, and John Varvatos.