Rotterdam’s Future Shines Bright, According to The New Economy

While other cities struggle to contend with 21st century challenges, Rotterdam leads by example 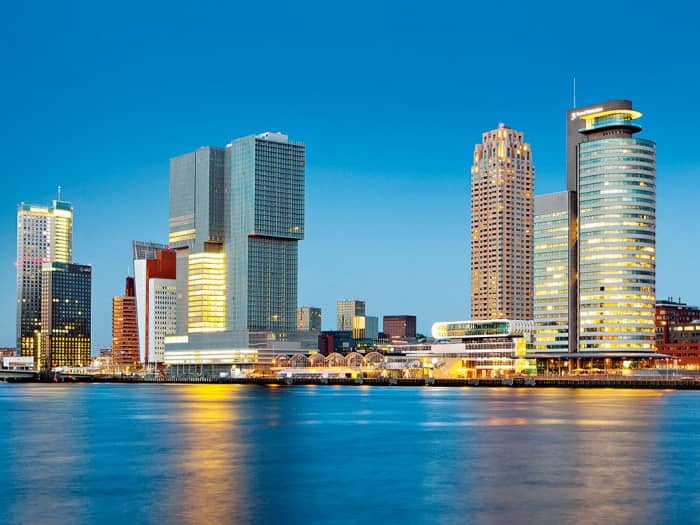 As more and more people make the shift from rural to urban living, it’s more important than ever for cities to “get smart” and become sustainable. Rotterdam, one of the world’s most sustainable cities, is leading the charge in this pursuit, according to a recent article from The New Economy, with its smart initiatives and innovative approaches to urban sustainability.

The article features an interview with Johan Vermeer, Managing Director of Project Management and Engineering for the City of Rotterdam, who defines a “smart” city as one that constantly innovates by incorporating technology in all aspects. Rotterdam, whose continued efforts have resulted in Smart City Lightning, 3D modelling, rain radars, open data platforms and sensor-based garbage collection, among other innovations, has become just that by encouraging its companies to put their innovative ideas into practice.

When VolkerWessels had the idea to develop a road made out of recycled plastic bottles, for example, the city developed a platform called “Street Lab,” which challenges companies to create energy neutral public spaces by providing a testing ground for their eco-friendly ideas. If successful, these ideas will be used on a larger scale throughout the city.

According to Vermeer, Rotterdam’s innovative companies and presence of world-class universities, including Erasmus University and the Delft University of Technology, among its other strengths make the city a breeding ground for sustainable innovation.

“Innovation often starts from small companies or individuals,” says Vermeer. “That fact should be celebrated in order to facilitate growth and an environment that supports knowledge exchange and collaboration. In Rotterdam, quality never ends up in a drawer.”