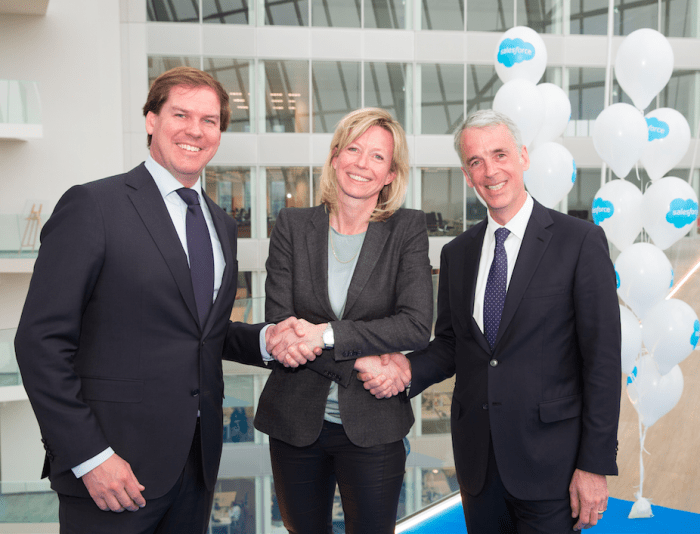 “The Netherlands is adopting cloud technology at a rapid pace, and Dutch businesses are asking us to help them drive sustainable business growth and to partner with them for the long term,” said Renzo Taal, area vice president, Northern Europe at Salesforce. “By moving to our new Netherlands headquarters in Amsterdam, we are doubling down and ensuring that Salesforce is visible as a committed partner that understands the specific pressures and opportunities the market holds in the Netherlands.”

The headquarters will be based in Amsterdam’s landmark Edge building, which was awarded the highest score ever recorded by the Building Research Establishment (BRE), the global assessor of sustainable buildings, making it the world’s most sustainable office building.

Salesforce made the announcement as they stopped in Amsterdam for their World Tour: an international tour connecting potential customers with more information about the platform. The event, held in Amsterdam’s RAI Centre, will also raise funds and awareness for Ronald McDonald House Charities in the Netherlands.