For the first time, the next storm brewing across the world’s nations is a welcome one. This year, a team of 24 students from Eindhoven University of Technology (TU/e) are presenting the STORM World Tour: an 80-day global trek showcasing the world’s first long-distance electric motorcycle.

Called “the Tesla of motorcycles” and backed by diverse multinational corporations like The Weather Company, TomTom, Accenture, Dunlop, Shell and Siemens, STORM Eindhoven is the culmination of a two-year project that’s now making its debut in 16 different countries worldwide. The team will tour through the United States, by way of cities like Seattle, San Francisco, Los Angeles, Phoenix, Austin, Washington D.C. and New York, from October 3-25, 2016. 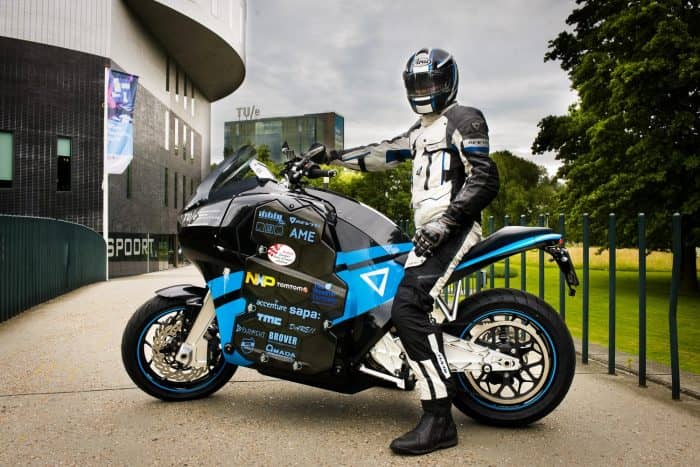 STORM Eindhoven was developed at TU/e in Holland’s Eindhoven-Brainport region – one of Europe’s most prominent high-tech clusters and home to the “smartest square kilometer in the world.”

Advised by a board of expert Dutch professors, entrepreneurs and CEOs, the student-led team developed three motorcycles, including an initial prototype and two current iterations called STORM Wave. Designed as a model for the future of electric mobility, STORM Wave operates efficiently, quietly and minimizes space on the road – an ideal feature for global, urban cities.

STORM Wave uses replaceable, modular battery packs that enable the driver to reach a top speed of 100 miles per hour and range of more than 230 miles per charge. The battery packs are exchanged in less than seven minutes and charged via the STORM Grid: a global volunteer power grid made of participating companies, organizations and private homes. 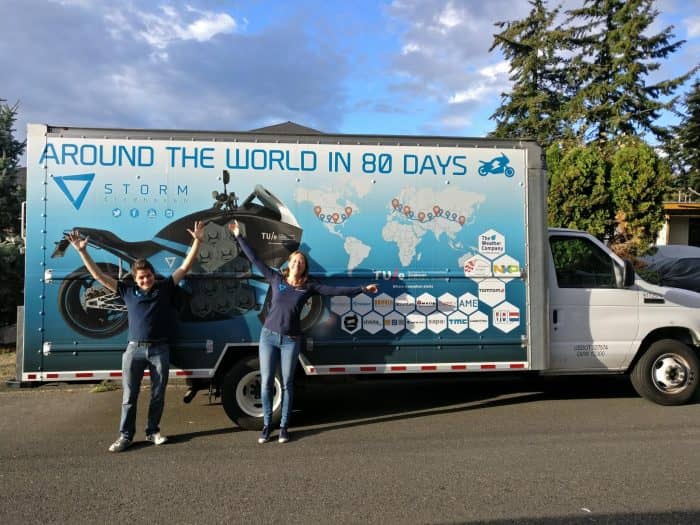 Kicking off their tour in the Netherlands on August 14, 2016, STORM Wave is currently making its way around the globe, touring through countries like Germany, Austria, Bulgaria, Turkey, Iran, China, the United States and France.

Traveling more than 14,000 miles total during its global tour, the STORM Eindhoven team will also participate in university lectures, visit companies and hold press events during the trip to showcase Dutch innovation and share the future of sustainable transportation. 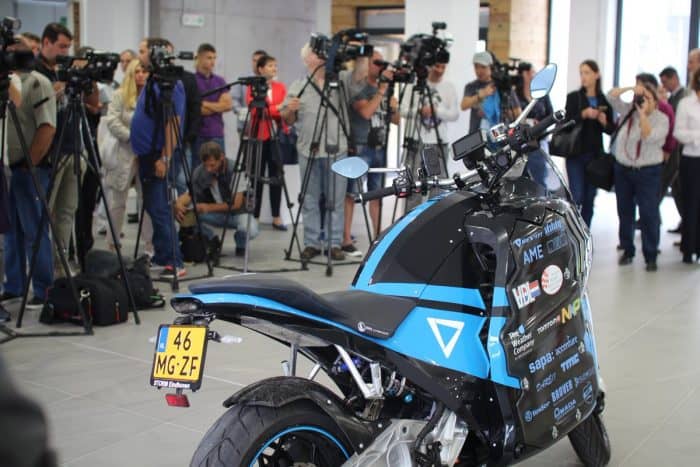 Collaboration for the Future

Along with a host of project partners and sponsors, STORM Eindhoven is collaborating on its United States tour with Coast to Coast e-Mobility Connection  – a public-private partnership between the U.S. and Dutch government, universities and more than 28 companies committed to promoting global innovation exchange in the field of e-mobility.

Initiatives like STORM Eindhoven are also part of Dutch DNA as Holland is quickly becoming the pilot country for a sustainable and tech-driven future. Along with TU/e, the country is home to several world-class academic institutions and R&D partnerships dedicated to e-mobility, including Delft University of Technology, TNO Automotive and the Formula E-Team. Thanks to its first-class infrastructure, business climate, geographic location and highly-skilled workforce, the Netherlands also attracts investment from top global companies, including industry disruptors like Tesla and Flexport.

Click to see the latest video update from the team as they transitioned from Shanghai to Seattle.

Want to learn more about STORM Eindhoven? The STORM World Tour can be followed live using the hashtag #Storm80Days or by visiting their interactive website: https://www.storm-eindhoven.com/.