The Netherlands is a Magnet for Foreign Investment 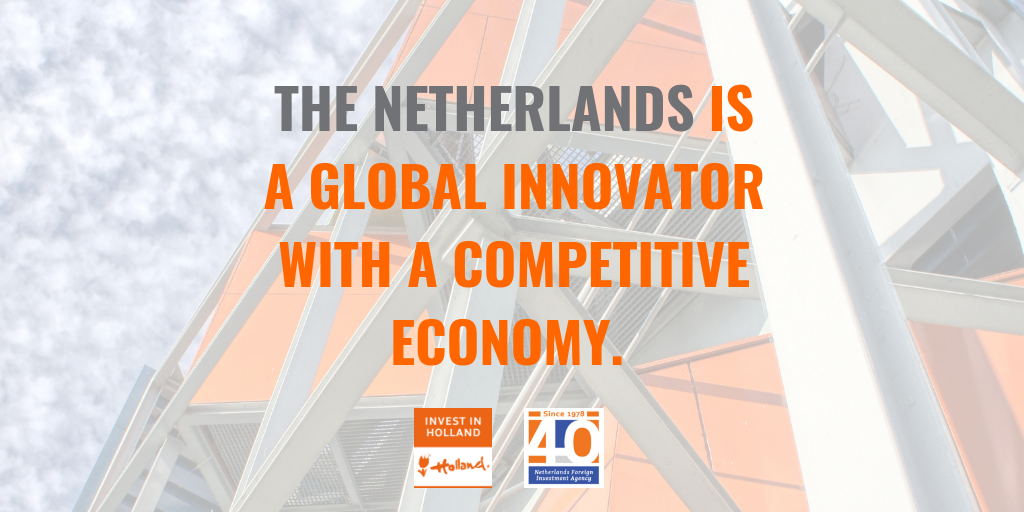 Though widely known for picturesque canals and windmills, the Netherlands of today is a top location for foreign investment. The Netherlands is a global innovator and a fertile ground for business. In fact, Holland has the most competitive economy in the European Union, according to the World Economic Forum. It’s no wonder that when North American companies seek an entry point into the European market, they look to the Netherlands.

“Though a small country, the Netherlands has made a big mark on global business and society,” said Henny Jacobs, incoming Executive Director of NFIA Americas. “We’re very proud of the more than 2,500 North American companies that choose to invest in Holland. As we celebrate our 40th anniversary, we look ahead with excitement and high expectations for the future.”

Holland is no stranger to innovation – the Dutch are credited with the invention of the microscope, Wi-Fi and the stock market. Today, the Netherlands is leading the charge in some of the world’s most rapidly changing fields. Pharmaceutical companies flock to the Netherlands to gain access to groundbreaking research. At the Hubrecht Institute, for example, scientists are testing drug therapies on miniature lab-grown organs. Holland is also on the forefront of autonomous vehicle testing and development. Ranked the No. 1 country for automotive disruption, Holland is in the driver’s seat of mobility in Europe.

Business Climate in the Netherlands

With a tech-savvy workforce and hard-to-beat IT infrastructure, the Netherlands is an ideal European partner for U.S. tech companies. The European Commission’s Digital Economy and Society index ranks the Netherlands the world’s top country for digital connectivity. This digital infrastructure supports major tech companies that invest in Holland, including Netflix, Uber, Tesla and Microsoft.

But whether in finance or fashion, the world’s most respected companies continue to flock to Holland for its central European location, English-speaking workforce, favorable business climate and modern infrastructure. And as the No. 6 happiest country in the world, the Netherlands offers an ideal lifestyle for expats and international workers.

NFIA helps North American companies expand to the Netherlands from its regional offices in Atlanta, Chicago, New York City, San Francisco and Toronto. In addition, there are global offices around the world. To learn more visit the About NFIA page.