The Netherlands is One of the Best Countries for Tech Companies, Says New Ranking

Thanks to the Netherlands’ high-quality digital connectivity, the Economist Intelligence Unit (EIU) rates the Netherlands as one of the top 10 most technology-ready countries in the world. Holland’s high ranking indicates that the Dutch digital ecosystem is an ideal location for technology companies to invest. 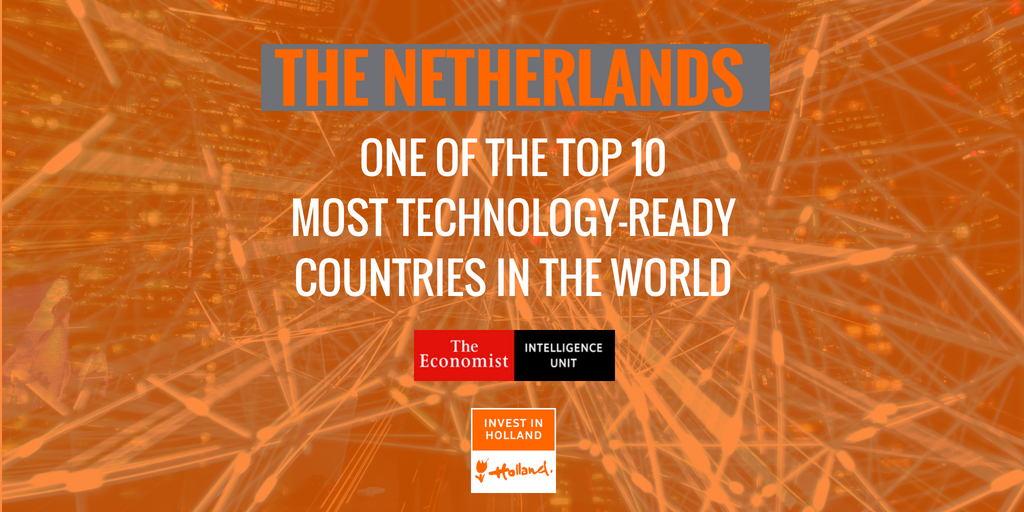 The EIU Technological Readiness Ranking evaluates countries across three categories: access to internet, digital economy infrastructure and openness to innovation. The Netherlands scored particularly well in the second category, ranking as the best e-commerce environment thanks to its widespread mobile and broadband connections. According to the EIU report, “Countries with a strong e-commerce offering are increasingly finding themselves well placed to attract investment.”

Considered one of the most wired countries in the world, the Netherlands is a global leader in digital connectivity. In fact, the 2018 Digital Economy and Society Index rated Holland the most connected country in Europe. Thanks to its high-speed broadband connections and trans-Atlantic sea cables, the Netherlands is also an ideal location for digital e-commerce.

Not to mention, Holland’s 100% digital telecommunications network ranks among the best in the world for quality, speed and reliability. This paired with the Netherland’s positive business climate and talented workforce have attracted both startups and major tech giants alike to invest in Holland’s digital ecosystem.

The Economist Intelligence Unit (EIU) is the research and analysis division of The Economist Group and a world leader in global business intelligence. The EIU established in 1946.