The country also ranked fifth globally, for first time since 2003 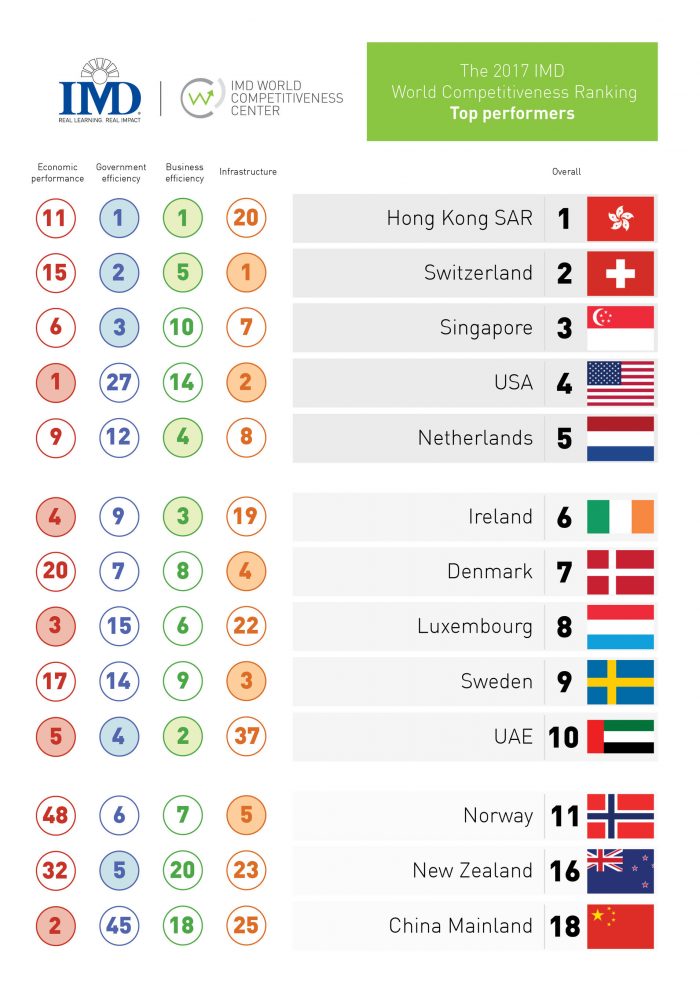 Published annually since 1989, the report analyzes 261 indicators including ‘hard’ data such as national employment and trade statistics. Other indicators include business perceptions, environmental concerns and quality of life. This year is the Netherlands’ first time in the top five since 2003. In total, 63 countries are in the ranking.

Among the global elite

According to IMD economist José Caballero, the Netherlands’ high ranking results from strong economic performance and increased government efficiency. Holland also showed impressive domestic commercial activities, increased productivity and investment. Caballero also noted the Netherlands as the most well-prepared country for assimilation of international ideas. The country’s preparedness is due to social flexibility and an educated, skilled workforce.

The IMD World Competitiveness Center is often acknowledged as “the leading annual assessment of the competitiveness of countries.”