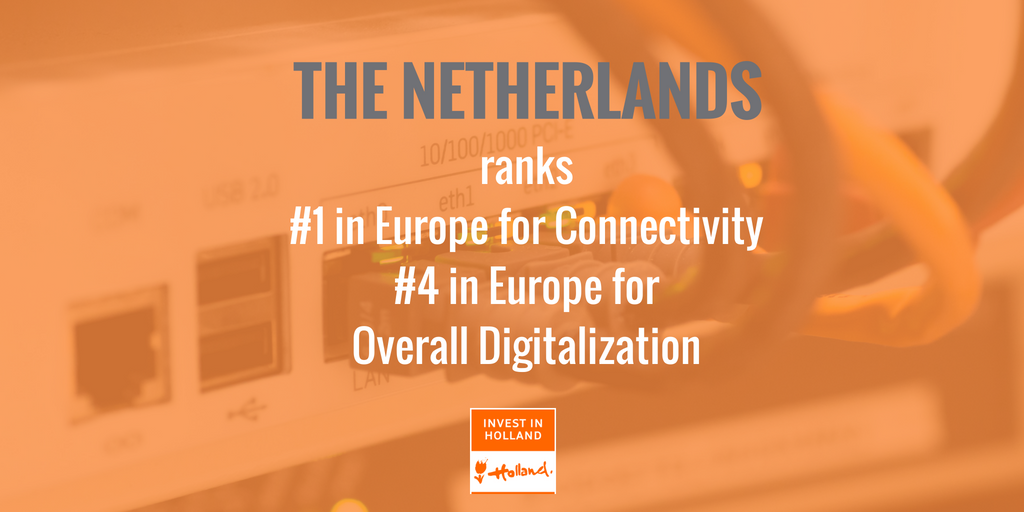 The European Commission’s annual Digital Economy and Society Index (DESI) ranks the Netherlands as the European leader in digital connectivity. Holland also has the fourth most advanced digital economy in the EU. The Netherlands earned both spots for the second year in a row.

The DESI measures the digital progress of European countries. Each of the 28 EU member states is evaluated on connectivity, human capital, use of internet services, integration of digital technology and digital public services.

DESI’s country report noted that the Netherlands “progressed at a faster pace than the EU average, outperforming the other Member States in all five DESI dimensions… The Netherlands continues to be the European leader in connectivity with a high-quality, ubiquitous digital infrastructure. These advanced digital networks boost the growth of the Dutch digital economy and society, support a highly advanced business, education and science environment and attract international investments.”

In addition, Holland is particularly strong in broadband coverage and nearly all citizens use internet services. The country also showed improvements in integration of digital technology and digital public services since the 2017 report.

The Netherlands’ fast and reliable digital infrastructure offers companies unmatched access to Europe and beyond. With the continent’s fastest connection speeds, Holland is one of the most wired countries in the world. Holland also has the world’s second-highest penetration of household broadband connections and a top ranking, 100% digital telecommunications network.

With major multinationals like Google and IBM located in the Netherlands, the country is a global information and technology hub. Holland is also one of the most advanced data center markets with nearly one third of all European data operations located in Amsterdam.