The Netherlands Ranks No. 3 on the Global Innovation Index

As one of the world’s most innovative countries, Holland outpaces the UK and Ireland 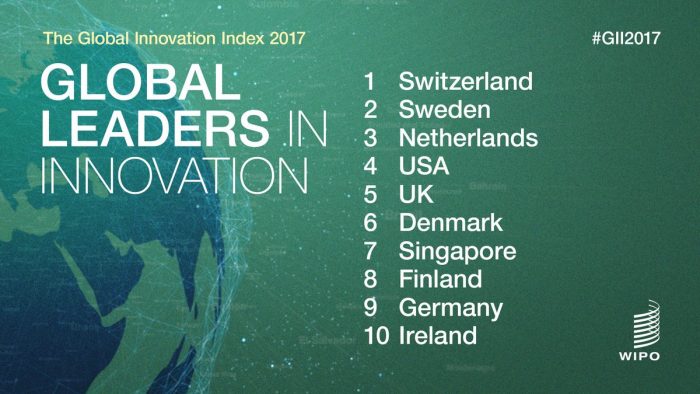 The Netherlands ranks No. 3 on the 2017 Global Innovation Index (GII), rising six spots from the previous year. As one of the world’s most innovative countries, Holland outpaces the U.S., the U.K., Ireland, Germany, and more.

Innovative Leader in Europe and Globally

Holland is one of 15 European countries among the top 25 global economies on the GII. A press release from WIPO notes, “Europe is particularly strong in human capital and research, infrastructure, business sophistication.”

Besides ranking highly on the GII, the Netherlands leads other indexes such as the European Innovation Scoreboard and has innovation hubs across the country.