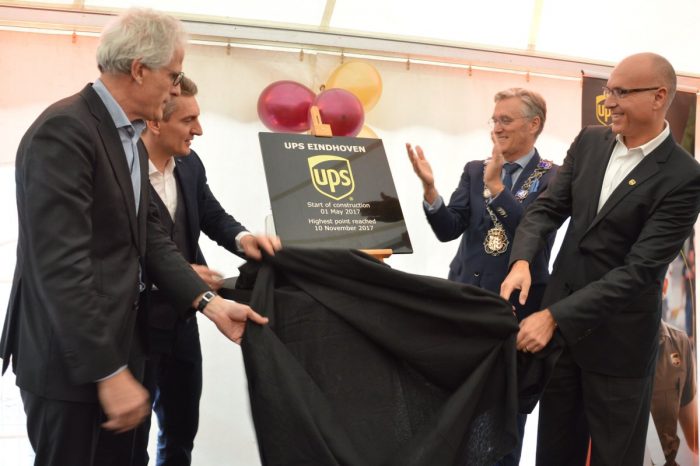 “This is the largest facility investment in our company’s history in the Netherlands and one of the largest UPS investments in Europe,” said Tim Helsen, country manager of UPS Netherlands. “This state-of-the-art facility is a game-changer, allowing us to serve the Netherlands, a growing European export economy and a key player and logistical hub in today’s global economy.”

UPS first offered service in the Netherlands in 1985. Now, the company has 16 facilities across the country. In the Eindhoven region, UPS has more than 700,000 square feet of dedicated healthcare facilities. These facilities complement the region’s high tech and medical cluster.

“With this significant investment in the Netherlands, we’re excited to continue our 2 billion USD investment in Europe, a key growth engine of UPS,” said Nando Cesarone, President of UPS Europe.

Centrally located, the Netherlands is a leader in the European logistics industry. Holland is home to world-class seaports, airports and modern roadways. Companies like UPS can reach 160 million consumers within 24 hours of Amsterdam or Rotterdam. Holland also boasts a highly educated, multilingual workforce and robust supply chain. These assets make Holland the ideal business gateway to Europe.