And Oak & Mie ...
For two South African entrepreneurs, Rotterdam was the perfect springboard to take their growing businesses to the next level

Justin and Annemie Fourie are the South African serial entrepreneurs and couple behind Handle Hands and Oak & Mie, two companies that recently found their European home in Rotterdam, the Netherlands.

Handle Hands is a company involved in the creation of products that help to optimize hand function. Its first product, named PebbleGrip, is a universal gripping device – a patented, multi-award-winning invention – that locks securely onto various objects, providing hand protection, added grip and hand freedom. The product was first aimed at kitchen applications, but has since found multiple uses also in the healthcare and medical fields.

Oak & Mie is a trust company born out of the couple’s own struggle to find a platform to launch their product into the international market. They saw an opportunity to help small producers like themselves reach multiple markets in a transparent and cost-effective manner by handling import and export administration and providing other solutions not found in traditional, established distribution models.

When it came time to launch their businesses internationally, Justin and Annemie decided that they needed to be in an international environment, which meant leaving South Africa. They initially chose to locate in Toronto, Canada, but found the regulations and stipulations of the Canadian Startup Visa system too restrictive.

Annemie remembers that it was when she arrived in Rotterdam for the fact-finding trip that the penny really dropped. “I suddenly realized [the Netherlands] is an international trading nation that works in partnerships,” she said. “The multi-lingual workforce meant the skills we needed for our business were right there.”

Perhaps even more importantly, Justin and Annemie both felt that the culture in the Netherlands was a welcome and fertile environment to grow their business. The “mindset” was right, they said, and the location, with excellent logistical links to Europe and overseas, finally sealed the deal.

In the very heart of Rotterdam

In 2016, with the support of NFIA, Rotterdam Partners and other key partners, the pair established its European Headquarters at CIC Rotterdam, the European arm of Massachusetts-based Cambridge Innovation Center (CIC), which provides high-quality co-working spaces and support for startups and established companies.

At their offices in the very heart of Rotterdam, the two appear to have found a cultural and business match that gives them the springboard they sought for their ventures. 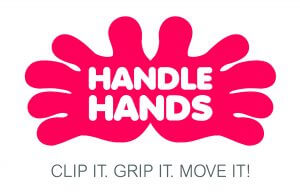 "[The Netherlands] is an international trading nation that works in partnerships. The multi-lingual workforce meant the skills we needed for our business were right there." Annemie Fourie Co-Founder and CEO, Handle Hands
Share