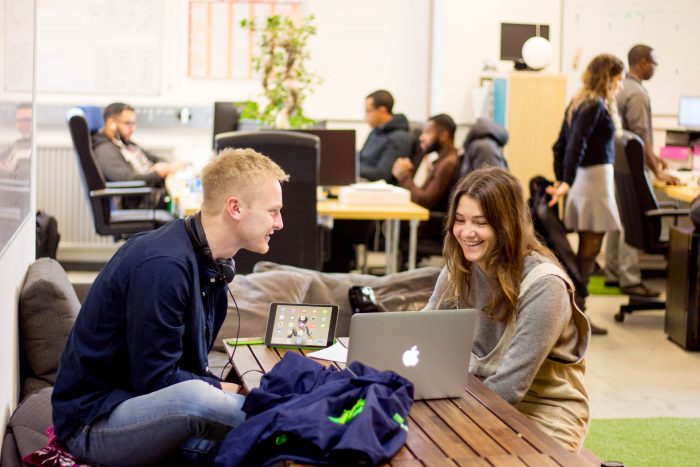 The company’s services range from courier-style services to retail partnerships for everyone from local independent stores to some of retail’s biggest names. Their latest exciting destination is Amsterdam, where Quiqup have planned their next expansion in the form of a R&D centre, hoping to employ about 50 people in the near future. “We evaluated a few options, including Berlin and Barcelona,” explains Tim Linssen, one of Quiqup’s co-founders and Head of Product. “We decided on Amsterdam for three main reasons: the talent, the established and uniquely appealing tech eco-system and the R&D tax credits.”

The Dutch are known for their multi-lingual skills, particularly English, and this was an important factor in Quiqup’s decision. But they also wanted access to an international talent base. “Opening our first satellite office in Amsterdam was a strategic decision,” says Tim. “It is a lovely place to live and offers great career prospects. We know that people from all over the world would jump at the opportunity to work here.

“Additionally, bringing talent into Holland is easier than in many other counties, particularly when you take the 30% ruling into account. Amsterdam’s ecosystem offers us peace of mind that we can recruit exactly who we believe will help bring value to our business – regardless of nationality.”

This is something Kasja Ollongren, Amsterdam’s Deputy Mayor, is delighted to hear. She is responsible for economic affairs in the city. “We’ve been focusing on start-ups and scale-ups for three years,” she says, “and, now it is all coming together. We’re ranked in the top three cities in Europe for our start-up ecosystem.

“That’s partly because we have a lot of home-grown talent. It is also because we attract so many companies from overseas looking for an entry point to the EU market. Talented people come to Amsterdam because they like the city and the fact that many other people in the tech industry are already here. This has created a vibrant tech cluster.”

Kasja is particularly pleased to see foreign companies, such as Quiqup, investing in R&D in the Netherlands. “It is the new economy and really important,” she explains. “Our population is tech-savvy, innovative and English-speaking. Both our universities have courses focused on digital skills and the city is investing heavily in innovation.”

Location and infrastructure are still important

In the high-tech world, digital connectivity is an obvious must-have. Kasja is quick to point out that Amsterdam has the world’s biggest Internet Exchange. However, physical geography and bricks and mortar also still have a part to play.

This well-developed infrastructure in the Netherlands was another key factor in Quiqup’s decision to open its Amsterdam office. “Schiphol is a great airport; a hub to the rest of the world,” says Tim. “In addition to its connectivity, Amsterdam’s proximity to London makes travel between the two cities for meetings very easy and convenient; I can practically do it in my sleep.”

A magnet for international companies 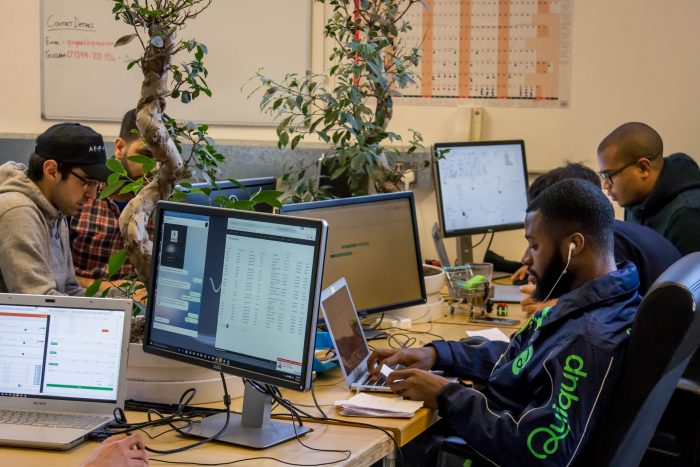 “Amsterdam has always been an international centre that’s open to business – and it always will be,” says Kasja. “It is a particularly investor-friendly city,”” confirms Tim.  “And, with English as its second language , this combination makes the Netherlands a magnet for business leaders thinking and operating on a European scale.”

“The NFIA in London and amsterdam inbusiness worked together to make us feel welcome and ensure everything ran smoothly,” concludes Tim. “They took us on fact-finding trips, and gave us information on tax, incorporation and setting up a bank account. The whole process took a mere four to six weeks. Also, if you need to recruit talent from abroad, they accommodate for that and make it easy.”

“Our core business is connecting people and providing whatever companies need to be successful in Amsterdam,” concludes Kasja. “And we have great cooperation with the NFIA on a national level. So, between us there is always someone available to answer questions and help businesses orientate themselves into Dutch life.” "Amsterdam is a particularly investor-friendly city. And, English is a second language for everyone here. That combination makes the city a magnet for business leaders thinking and operating on a European scale." Tim Linssen Co-founder & Head of Product
Share