The Willamette Valley Company LLC (WVCO) is a leading provider of chemical, equipment and service solutions across more than a dozen industries and specialties, including wood products, consumer products, railroad and automated handling systems. Headquartered in Eugene, Oregon with roughly 450 employees worldwide, WVCO distributes its products and services throughout the United States, Europe, Canada, and South America.

WVCO has been solution-focused since its inception in 1952. Its knack for problem-solving has led to the creation of industry breakthroughs like the first 100% solid two-component polyurethane plugging material for remediating wooden railroad ties. In addition, WVCO invented Shoe GOO in 1972 to combat “tennis toe,” which results from dragging your shoe toe during serve. Today, Shoe GOO is cherished by skateboarders, tennis players and anyone looking to make their shoes last a little longer.

After a competitive search process, the company selected the Netherlands for its European distribution center, which opened in 2017. Today, WVCO’s facility in Venray houses key products for its Wood Products division, including wood putty polyurethane patching materials, and metering equipment systems and parts. While these products have been sold into the European market for many years, WVCO is now able to offer additional products locally to European markets and, more importantly, be closer to European customers to provide the highest quality of customer service that WVCO is globally known for.

After touring Europe and considering locations in Germany, Austria, and Poland, WVCO opted for the Netherlands because of its business-friendly climate, the potential of the Dutch workforce, and its access to several large ports.

“The Netherlands is able to provide port access and a great distribution network which was really important for us to serve our European customers. That accessibility to the European markets coupled with the Netherlands’ bilingual population were major selling points,” said Jason Cunningham, WVCO Chief Financial Officer.

The Netherlands’ multilingual workforce was also key in WVCO’s decision to invest in Holland. The Dutch workforce is among one of the most educated and productive in the world, with more than 90% of the population fluent in English.

Thanks to the Netherlands’ educated talent pool, WVCO was able to find the skilled employees to support its international expansion. Now, WVCO has five full-time employees working out of its Venray facility.

With consistent support from the Netherlands Foreign Investment Agency (NFIA), WVCO expanded to the Netherlands within nine months of beginning its search for a European home.

“NFIA was very proactive in supporting our company’s European expansion. They connected us with realtors, took us to potential sites around the country and also introduced us to local legal experts and accountants to help us prepare for this expansion. Having NFIA San Francisco’s office located just a short flight away was also enormously helpful for our team,” added Cunningham. 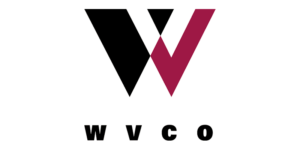 "NFIA’s work on our European expansion absolutely made a difference. It was a heavy influence on why we chose the Netherlands." Jason Cunningham Chief Financial Officer
Share