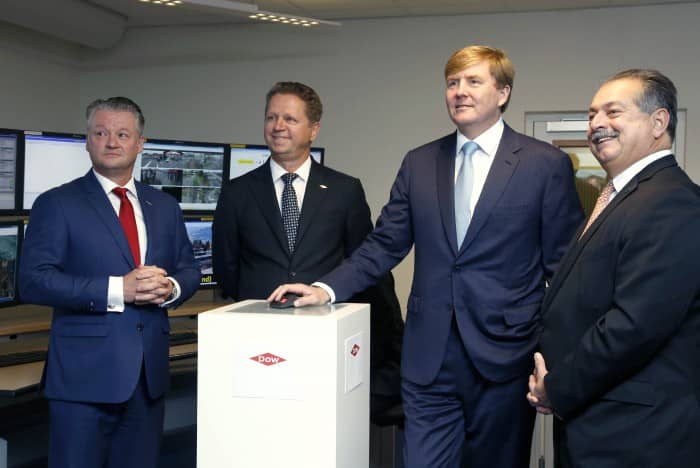 Dow Chemical Company opened a new ultramodern security center at its Terneuzen location in the Netherlands today. The security center will service Europe, the Middle East, Africa and India (EMEAI) and further strengthen Dow’s role as a pioneer in the field of security management.

The new operation was launched by King Willem-Alexander today at a symposium, which also celebrated Dow’s 50 years in Terneuzen. The King’s grandfather, Prince Bernhard, officially opened the chemical company’s Terneuzen location in 1965.

Today, Dow Terneuzen has 17 factories, making it the company’s second largest production site in the world.