Amsterdam will be firm’s breeding ground for the entire world

The US-based global food giant Kraft Heinz has officially opened a new global hub in the Netherlands on Wednesday 30 May 2018. The Global Center of Excellence located in Amsterdam will be the firm’s largest office in the Europe, Middle East and Africa region and will employ more than 450 people. 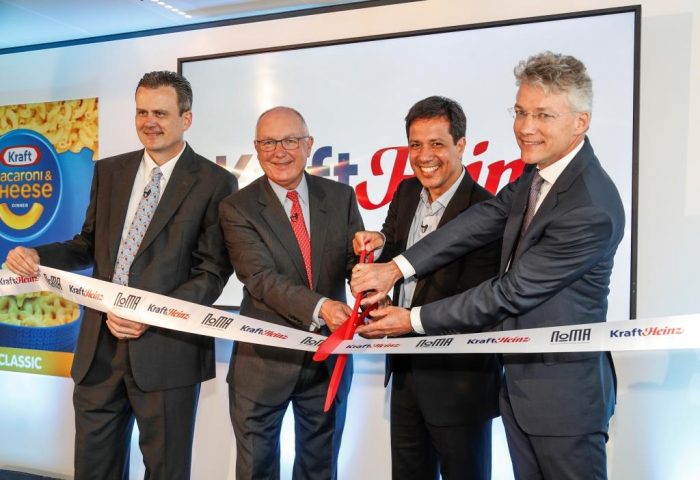 “With this center, we want to outline the contours of the food industry 3.0,” said Rafa Oliveira, the CEO of Kraft Heinz for Europe, Middle East and Africa, in an interview with Dutch national newspaper De Financiele Telegraaf. “This Global Center of Excellence must become a breeding ground for the entire world. Here the Kraft Heinz of the future will be conceived.”

At the center, international experts will develop new methods for working smarter and more efficiently in areas such as food production and logistics. With the savings resulting from the inventions in Amsterdam, Kraft Heinz thinks that it will be able to invest more in products and marketing.

The food company has chosen Holland for several reasons, including the existing long-standing ties, said Oliveira. Since 1958, Heinz has had a ketchup factory in Elst. It is the largest ketchup factory outside the US.

Kraft Heinz wanted to settle in the Zuidas business district of Amsterdam because of its proximity to Amsterdam Schiphol Airport and the availability of expertise, Oliveira said.  “We wanted a place where we could easily attract talented young people. Kraft Heinz will also work closely with our neighbors, the VU University.” Oliveira added that the company has already been successfully attracting employees in Amsterdam. “There are 20 nationalities, of which the majority is Dutch.”

Co-headquartered in Pittsburgh and Chicago, USA, The Kraft Heinz Company is the fourth largest food group in the world, with a turnover of € 26 billion and more than 200 brands including several typical Dutch brands such as De Ruijter, Venz, Honig and Karvan Cévitam.