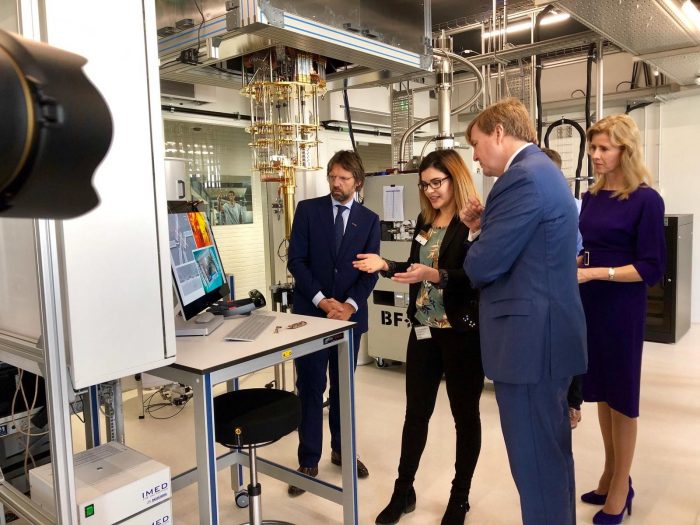 On 21 February, King Willem-Alexander of the Netherlands opened the Microsoft Quantum Lab on the campus of the Technical University of Delft (TU Delft). With the lab, Microsoft strengthens quantum research in Delft, a research area where TU Delft ranks among the world’s best universities. The QuTech Research Institute, a collaboration between TU Delft and the Netherlands Organization for Applied Scientifc Research (TNO), is working with industry on the development of quantum computers and a quantum internet.

Researchers have high expectations of the quantum computer: it should enable faster and more complex calculations that are not possible with current technology.

“The development of the quantum computer requires a joint effort from science, government and industry which is why TU Delft and TNO are pleased with the arrival of the Microsoft Quantum Lab on campus”, said Ronald Hanson, scientific director of QuTech. “In Delft, we are building an innovation ecosystem around quantum technology, a Quantum Campus, where all parties will join forces to realize the quantum computer and the quantum internet.”

“The Netherlands wants to be an innovation leader in this field. That is why the government actively supports international collaboration to find solutions to global societal challenges,” Keijzer said.

The Microsoft Quantum Lab will focus on developing qubits – the building blocks of quantum computers. In addition to the collaboration with Microsoft, the Quantum Lab is also working with other partners on other options for making qubits, for example with nitrogen atoms in diamonds or with currents in superconducting circuits.

Hanson: “The interaction between the different groups, and the exchange of knowledge between the various projects make Delft an important center for quantum research. This position has been strengthened further with the establishment of the Microsoft lab.”