New International Headquarters for Jacobs in The Hague

Home to more than 1,000 employees with 43 different nationalities 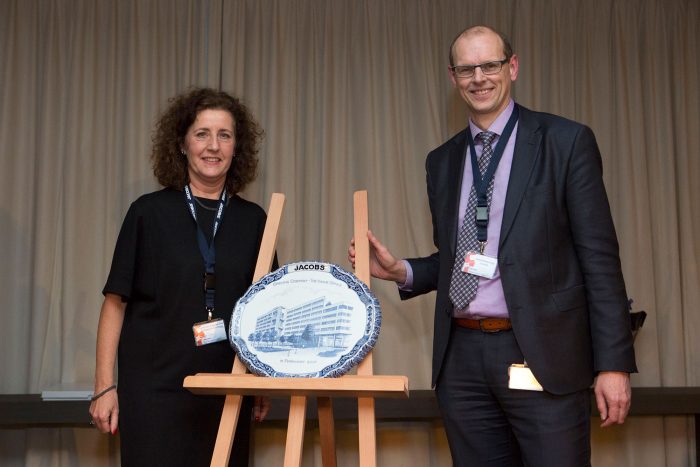 Last year, Jacobs decided to establish their European headquarters in the Central Business District (Beatrixkwartier) of The Hague because of its location and infrastructure. Jelle Nederstigt, VP Operations Netherlands: “The sustainability facilities also played a role in the decision making. This is the first renovated building in the Netherlands to obtain a LEED platinum certificate”.

Experts in the field of sustainability and safety

Keeping up with the constant development of technical knowledge is key for Jacobs. The company not only employs engineers, project managers and planners, but also experts in the field of sustainability and safety. “The last months were very hectic because of our move to The Hague. Now we have finally settled down, we aim to strengthen our relations with universities in and around The Hague, for example in the field of internships, graduate jobs and knowledge sharing. We also hope to work closely together with the municipality in order to identify opportunities where we can share our knowledge and experience with students to stimulate higher technical education in the city”, says Nederstigt.

Jacobs Nederland is a subsidiary of Jacobs Engineering Group Inc., headquartered in Dallas, Texas. Jacobs is one of the world’s largest and most diverse providers of full-spectrum technical, professional and construction services for industrial, commercial and government organizations globally. Jacobs employs over 54,000 people in 230 locations worldwide. Besides the headquarters in The Hague, Jacobs is also located in the Dutch cities Hoogvliet and Meessen.

RT @NLinCanada: Upfield will expand its activities in Canada with a new production location in Brantford, ON. @upfieldglobal is the world's…