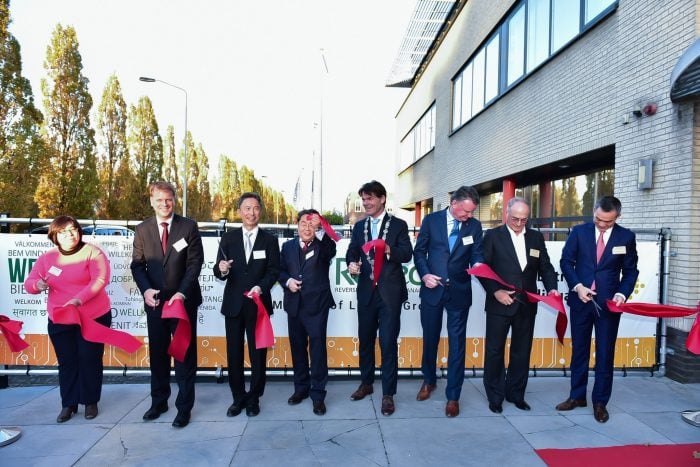 Re-Teck, one of the world’s leading reverse supply chain management solution providers, has opened a facility in Breda, the Netherlands to serve international ICT companies in Western Europe. A member of the Li Tong Group, the China-based company specializes in the environmentally friendly processing of used electronic equipment. Re-Teck expects to process 30,000 to 50,000 mobile devices per month into materials suitable for reuse.

Meeting EU targets to reuse, recycle and recover
Re-Teck’s new facility in Breda is its third EMEA location together with Dubai and Vienna. European legislation has played an important role in the establishment of the company in Breda. Re-Teck General Manager Edward Tseng explains: “According to EU regulations, from August 15, 2018 onward, manufacturers and importers of mobile devices are set to reach a target line of 75 percent of the devices or equipment sold for recover, and 55 percent for reuse and recycled. This is a huge challenge for our clients, and we would like to support them in dealing with this.”

Contributing to a circular economy
Re-Teck will contribute to the circular economy ecosystem in the Netherlands, says Eelko Brinkhoff, Director of BOM Foreign Investments, a network partner of the Netherlands Foreign Investment Agency (NFIA). “E-waste handling has been a growing problem globally. The arrival of Re-Teck is therefore good news for the environment and for the manufacturers and importers of ICT products in the Netherlands, as well as Europe, who can make use of the experience and contacts of the company”, Brinkhoff said.

“Re-Teck contributes to the sustainable strengthening of the Dutch economy and is a great asset to Breda”, Brinkhoff added. On the short term, Re-Teck will employ over 20 people and the company expects it will need over 50 more people within the next two to three years. Part of the labor force is provided by the ATEA Group, the apprenticeship company of the municipality of Breda.

Sustainable reverse supply chain management solutions
Re-Teck the Netherlands is one of the 25 facilities of the fast-growing Li Tong Group in over 20 countries. The company mainly focuses on telecom, electronics, and technology (TET) sectors and provides the reverse supply chain management solutions to manufacturers and importers of e.g. smartphones, tablets, computers/laptops and telecom equipment.