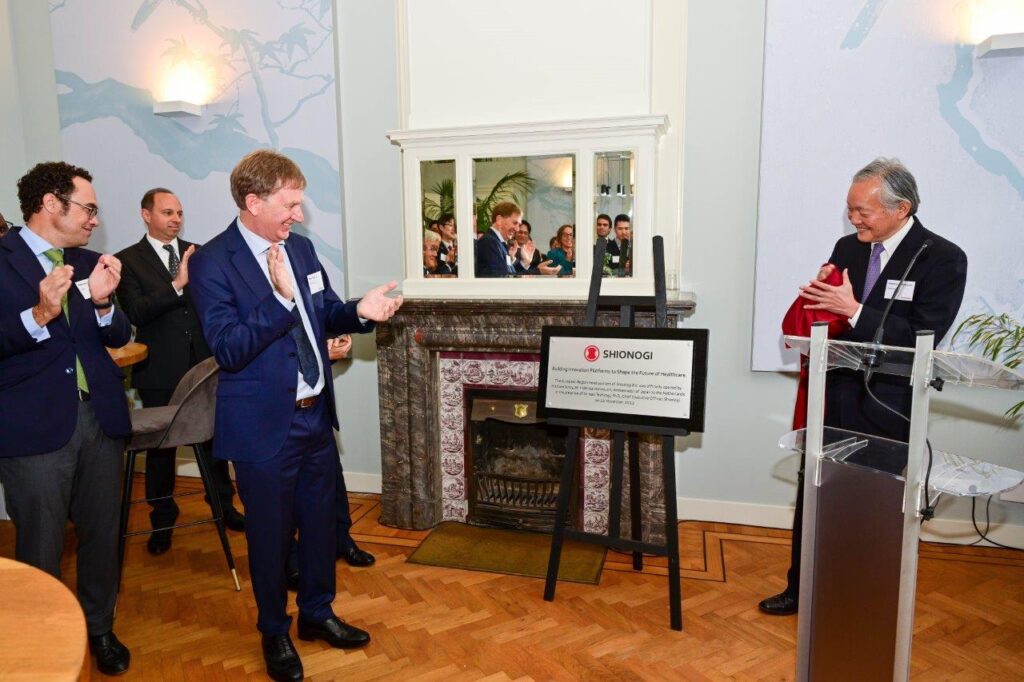 The Japanese pharmaceutical company Shionogi has officially opened the doors to its new European headquarters in Amsterdam, the Netherlands. Shionogi is specialized in the development of anti-infectious disease treatments, as well as therapeutic areas such as haematology, women’s health, pain and central nervous system disorders.

With its expansion to the Netherlands, Shionogi aims to further strengthen its European capabilities through collaboration in the Dutch connected Life Sciences & Health ecosystem.

European CEO of Shionogi, Huw Tippett said: ‘The decision to open our new headquarters in Amsterdam was an easy one for the business. Amsterdam is a great city with a thriving life science community across both biopharmaceuticals and medical technology. It is renowned for its leading knowledge institutions, public-private partnerships, strategic location and of course the presence of key regulatory bodies such as the European Medicines Agency’.

Shionogi Senior Executive Officer, Senior Vice President of Supply Supervisory Unit and Global Business Division, Dr. Koji Hanasaki, said:  ‘At Shionogi we are proud to have delivered treatments in areas of major public health concern and are steadfast in our pursuit to find even better solutions using our advanced scientific know-how, talented people and passion. A strong presence in Europe is vital to support our global vision of building innovation platforms to shape the future of healthcare, and I am delighted to be visiting the new office and forging new connections with the Netherlands business and science community’.

The opening ceremony was conducted by His Excellency, Mr Hidehisa Horinouchi, Ambassador of Japan to the Netherlands, in the presence of Dr. Koji Hanasaki. Also in attendance were the Shionogi Europe Executive Committee and all current employees based in the new office as well as representatives of the Invest in Holland network.

Shionogi was supported in its expansion decision by the Netherlands Foreign Investment Agency (NFIA) and Amsterdam in Business, both partners in the national Invest in Holland network.