“This state-of-the-art facility is the outcome of the strong and long-lasting partnership between the Netherlands, United Arab Emirates and some of the world’s leading gas companies” 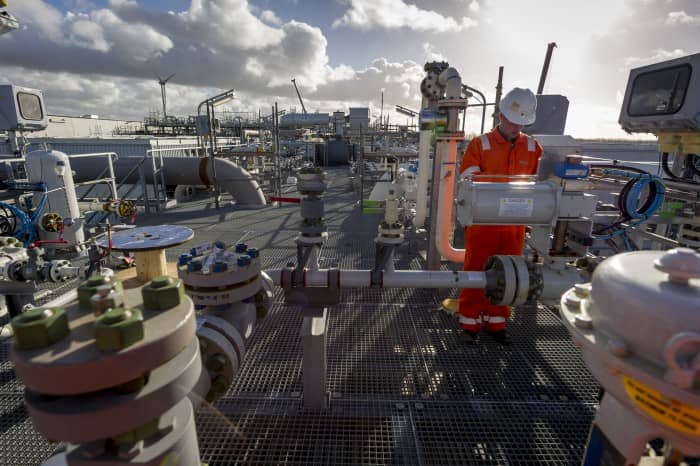 THE HAGUE, Netherlands – TAQA, the international energy company from Abu Dhabi, has completed its Gas Storage Bergermeer facility in the Netherlands, now the largest third-party access gas storage in Europe. TAQA will start injecting customers’ gas into the reservoir tomorrow at full capacity in preparation for the winter heating season.

“The successful launch of Bergermeer is a demonstration of our renewed and strengthened focus on efficiency and operational excellence,” said His Excellency Saeed Al-Hajeri, Chairman of TAQA. “This state-of-the-art facility is the outcome of the strong and long-lasting partnership between the Netherlands, United Arab Emirates and some of the world’s leading gas companies. Our combined efforts will improve the security of energy supplies for the European people for decades to come.”Operated by TAQA, the underground storage facility provides gas suppliers with the flexibility required to match fluctuations in demand and help improve security of gas supply throughout Europe. With a capacity of 46 terawatt hours (4.1 billion cubic metres), enough to supply 2.5 million Dutch households for a year, Gas Storage Bergermeer doubles the Netherlands’ seasonal gas storage capacity.“Gas Storage Bergermeer represents excellence in the development of large energy infrastructure projects and we are proud we delivered our commitment to complete this project safely, on schedule and within budget,” said Edward LaFehr, Chief Operating Officer of TAQA. “As an active member of the local community we look forward to operating our new, world class gas storage facility safely and reliably for the long term.”A majority of Bergermeer’s capacity is available according to the EU’s third-party access rules set out in its gas directive. The rules help ensure all market participants access ?to the storage which helps to increase competition and create a more effective integrated European gas market.

Located near the city of Alkmaar, Gas Storage Bergermeer consists of the depleted Bergermeer gas reservoir, a gas treatment facility and connecting pipeline network. Construction started in 2012 and took more than 3,000,000 work hours to complete. More than 8,300 people worked on the project which started limited commercial operations in April 2014. TAQA has developed the project together with the Netherlands state-owned oil and gas company EBN.