The Netherlands-Japan Business Relationship: Firmly Founded on Trust and Respect

The skylines of Tokyo and Rotterdam

One of the people tasked with maintaining that relationship is Jeroen Bokhoven, Executive Director of the NFIA Tokyo office, a task that he relishes. “I’m here to help companies settle in the Netherlands, and I’m focused on providing a high level of service, which itself is a very Japanese concept, to these companies. As a team, our goal is to get companies settled as quickly and comfortably as possible. As Japan is some 10,000 kilometers distant from the Netherlands, it is quite a big step for them to come to Europe and work and live there. So, the balance of good business and happy life is a key consideration for their success.”

After working for three years for NFIA as a Project Manager, Jeroen stepped up to the role of Executive Director in 2018. However, this is currently his 22nd year in Japan, as prior to NFIA he worked for many years in the Pharmaceutical industry in Japan. As a result, he has an in-depth understanding of the Japanese business culture

“The Japanese are initially very cautious. They spend a lot of time in thorough planning, but once they make a decision, then they tend to move very quickly. In the Netherlands, we like to move very quickly right from the start, so that requires a little adjustment in our processes. Furthermore, once a Japanese business decides to commit, then they are very much in it for the long term. They are very much focused on ensuring the company has a long lifespan and are very much employee-oriented. The interesting thing is that the Japanese characters used for the word company in Japanese are 会社 kaisha,  and those for society are 社会 shakai – the same Japanese characters in reverse order. For them, a company is very much a body that supports society.”

Primary business sectors that the Tokyo office focuses on include Life Sciences & Health, Pharmaceuticals, Chemicals and Logistics. However, many well-known Japanese companies, such as Panasonic, or Kubota, have chosen to locate their global headquarters in the Netherlands and that is a trend that appears to be growing.

“Japanese companies generally tend to look for stability, and there are many cultural studies that back this up, and this is also reflected in the business culture. At the moment, Brexit is causing them a certain degree of anxiety and they are currently looking at countries with a more stable base. The Netherlands is in a very good position because we are stable and our economy is growing. What we see currently in Japan is that more and more Life Sciences & Health companies are looking at the Netherlands as a potential location since the European Medicines Agency (EMA) chose to relocate to Amsterdam.”

In terms of potential locations in Europe, the Netherlands is possibly number four on the list after the UK, Germany and France, and this is partly due to size – although this is very much sector dependent.

Due to the shrinking of the Japanese market, because of an ageing population and fewer babies being born, many major Japanese companies are looking to Europe. While the NFIA in Japan continues to manage the relationship with major companies and existing relationships, there is a new wave of small-to-medium-sized companies that are also looking to expand their market outside Japan, and so the task is now how to assist those companies with their plans. Many of these companies have limited language skills or perhaps a limited international perspective. As a result, they require higher levels of intervention and support.

“We are interested in pulling more R&D to the Netherlands,” asserts Jeroen. “However, Japanese conservatism makes them slightly wary that somehow their R&D will be copied and consequently, they prefer to play their cards close to their chest. However, because there are already great tie-ups with Dutch universities, with the government and with the private sector, we are trying to encourage them to see the benefits of collaboration.” Whereas community, collaboration and open cooperation are very much inherent to the Dutch way of doing business, it may take a little longer to convince the Japanese of the benefits of a more open collaboration when it comes to R&D. Again, the fundamental ingredient to enable this is trust.

After more than twenty years in Japan, Jeroen has had plenty of time to analyze the culture and to form his own opinions about it, and its relationship to Dutch culture. “I think the thing I admire most about the Japanese society, both inside and outside the realm of business, is the consciousness about other people – as in ‘you are not the only one in the world’ – and you have to get along with as many people around you as possible.” Both countries have areas with high population densities, with all the sensitivities, challenges and opportunities that that presents. The Dutch culture is also very much founded on collaboration and cooperation, both in business and society as a whole. Human rights, justice, the rights of the individual – are all fundamental elements of Dutch society. The Dutch even have a saying that underlines this: ‘It’s not what we do for you, it’s what we do with you that counts.” The concept of ‘samenwerking’ – working together for a greater good – is fundamental to society in the Netherlands.

Although the Dutch and Japanese cultures might, at first glance, seem to be literally and metaphorically oceans apart, there are many common denominators. Moreover, with deeper knowledge and exposure, the similarities become more evident. Whatever the basis, Japanese companies continue to find a welcoming and nurturing, multilingual, stable and thriving environment at the heart of Europe that enables them to put down roots and grow their businesses for long term success.

Some Japanese companies established in the Netherlands

Want to know more about the similiarities and the opportunities the Netherlands can provide? Please contact our Tokyo office at +81 3 57765520 or email me at [email protected] to start the conversation regarding your international ambitions. 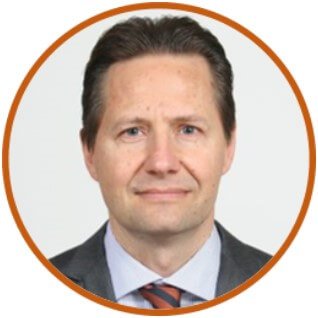