The Netherlands Leads in English Proficiency Among 80 Countries

EF English Proficiency Index ranks Holland No. 1 for second year in a row 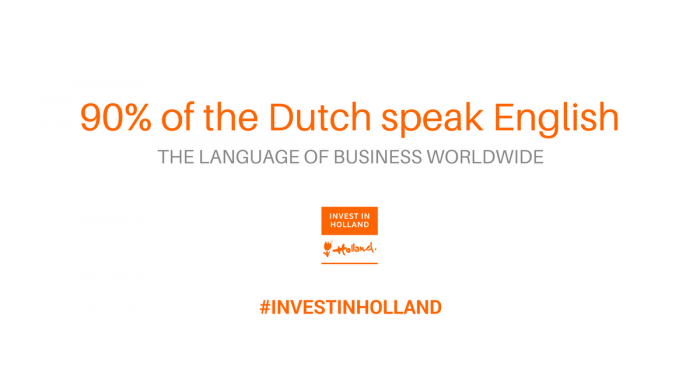 The Netherlands has the highest score on the EF English Proficiency Index (EPI) for the second year in a row. The country ranks above Denmark, Singapore and Germany, also in the top 10.

EF’s EPI ranks 80 countries on test data from more than one million adults who took the EF Standard English Test.

Why do the Dutch speak English so well?

“To ensure a global presence and market access to the world’s two billion English speakers, the Dutch have made learning English a priority,” reports EF in a blog. “The Netherlands is in a self-perpetuating cycle where strong English leads to strong business, which in turn encourages the best English proficiency in the world.”

Since so many Dutch speak English, corporate executives are recognizing they can serve our entire European customer bases from Holland.

The EF EPI report also linked internet connectivity to better English skills. A very high internet penetration percentage in the Netherlands proves the correlation. The Netherlands is already considered one of the most wired countries in the world.