The Netherlands – The World’s Most Successful Cycling Nation

Here in the Netherlands, cycling is a way of life. In fact, with 18 million bicycles and just 16 million Dutch inhabitants, there are more bicycles than people.

Whether it’s for work, school or a social outing, cycling is a part of everyday life for the Dutch. Even our Prime Minister pedals to work! 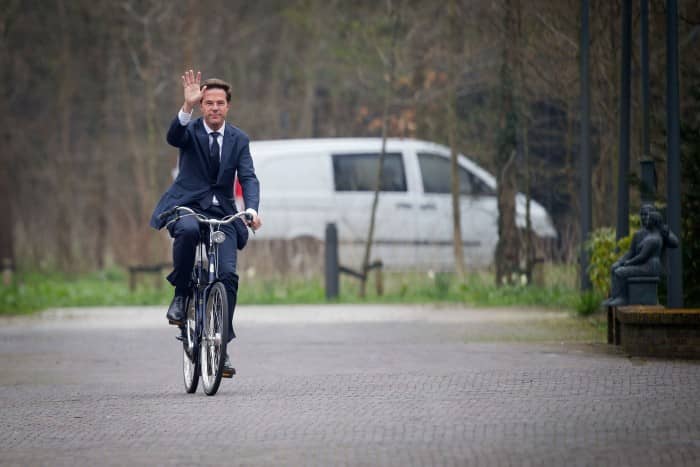 More than a quarter of all trips in the Netherlands is made by bicycle, compared with just 2% in the UK. In Amsterdam, this rises to 38% and in the university city of Groningen to a whopping 59%.

With the country’s 22,000 miles of cycle paths, cycling is seamlessly integrated into the Dutch transportation network. On public transit, folding bikes ride for free and regular bikes can be taken around the country outside peak hours for a small fee.

In 2003, another option was added to this mix, when the public transport bike rental service launched, giving transit commuters the option to cycle right off the train. With 100,000 subscribers and currently available at more than 230 train stations around the country, it has become the most successful bike share system in the world.

It’s not surprising that a country known for its windmills is eco-friendly. With a National Environmental Policy Plan in place for more than 20 years, the Netherlands continually strives to achieve a smaller carbon footprint. From incentives to stimulate renewable energy innovation to free charging for e-vehicles, the Netherlands offers a wide range of sustainable solutions for its environmentally conscious population.

It’s no surprise the Dutch like to travel fuel-free. As green as it is convenient, cycling provides a sustainable, cost-efficient form of transport that the Dutch can get behind.

In a world increasingly populated by motor vehicles, the Dutch take road safety for cyclists very seriously. In the Netherlands, bicycle-specific infrastructure and spatial planning form the foundation of an impressive cycle safety record. Combined with pro-bicycle traffic laws, education and positive promotion, this record continues to improve.

As Dutch cities continue to embrace and expand on these measures, roads designed for people, rather than vehicles, are becoming the norm—making for a friendlier, more sustainable urban environment and a healthier, happier nation. It’s no wonder we’re one of the happiest countries in the world!

Are you ready to join the ranks of professionals from small startups to Fortune 500 companies in the Netherlands who cycle to work? Click here (link to Economic Overview – At a Glance) to learn more about living and doing business here.